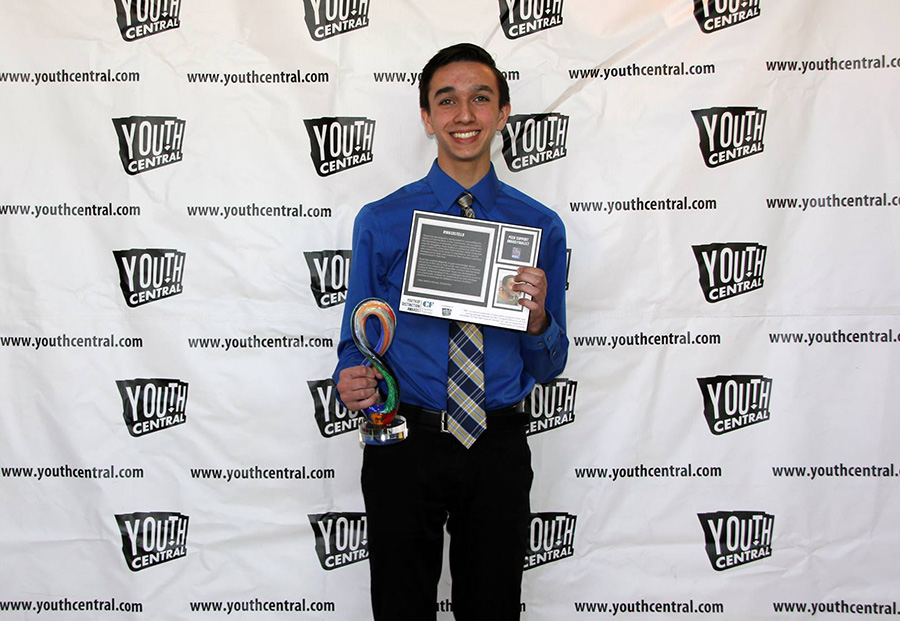 Ryan Costello has volunteered with ConnecTeen since he was 15 and said he went in expecting to give back, but didn’t realize how much ConnecTeen would give back to him.

“When you think of volunteering you think, ‘I am giving and not getting anything back from it,’ but with ConnecTeen, what you receive from it, it’s just so amazing,” he said. “I feel like I am taking way more than I give.”

Developing skills is one of the greatest benefits of volunteering with ConnecTeen. Ryan said he’s noticed his communications skills have improved and he’s better at talking through tough situations. But he says what has impacted him most, is his increased ability to not judge someone or make assumptions based on what they look like.

“ConnecTeen helps me to know that each person has their own story,” Ryan said. “They’re more than just that they use drugs, or they’re pregnant or anti-social. There is so much more to someone. ConnecTeen really helps me to see that.”

In May 2016, Ryan won the Youth Central Youth of Distinction Award in the category of Peer Support. Congratulations Ryan! Well deserved!