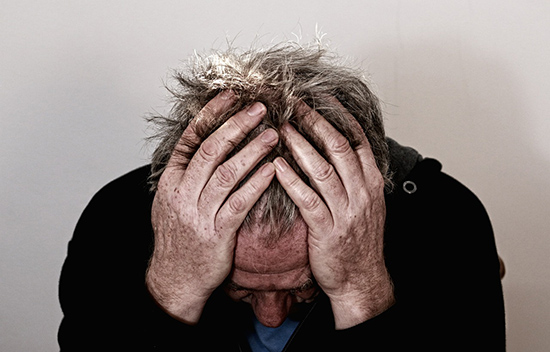 Ian* lost his job in early 2016 and has been unable to secure long-term employment since then. Adding to the stress of not being able to find work, Ian has health problems he’s been dealing with for months. He lives with excessive pain and is feeling hopeless.

As a father to three, he worries about no longer being able to care and provide for his kids. Not wanting to become a burden to his family Ian begins to have thoughts of suicide. He knows he needs help but is afraid to ask for it because he is worried about what others might think.

He learns that Distress Centre Calgary has online chat. He goes on chat one evening, knowing he won’t be overheard by his family.

The Distress Centre volunteer who took the chat was able to ease some of Ian’s stress. She told him that his worth is not measured by the job he has or how much money he can provide. The volunteer validated Ian’s feeling and told him that his family would not feel “better off” if he died by suicide. At the end of the chat Ian said he felt so much better talking with someone, and was now seriously considering sitting down with his family and telling them about his struggles.

Traditionally, men have a harder time reaching out for help when they need it, as they face increased stigma when they admit they need some support or are struggling with their mental health. We see this on our lines. In 2016, 42% of all calls we received were from men and only 17% of online chats were from men.

June is Men’s Health Month, and it’s also the month that we celebrate the amazing fathers in our lives, on Father’s Day. We want to take the opportunity to let men know that it’s okay to ask to for help. It’s okay for men to need to talk to someone about their problems.

If you or a man in your life needs help, call or chat online with us:

With your support, we can continue to help men like Ian:

*Name and some details have been changed to maintain confidentiality.