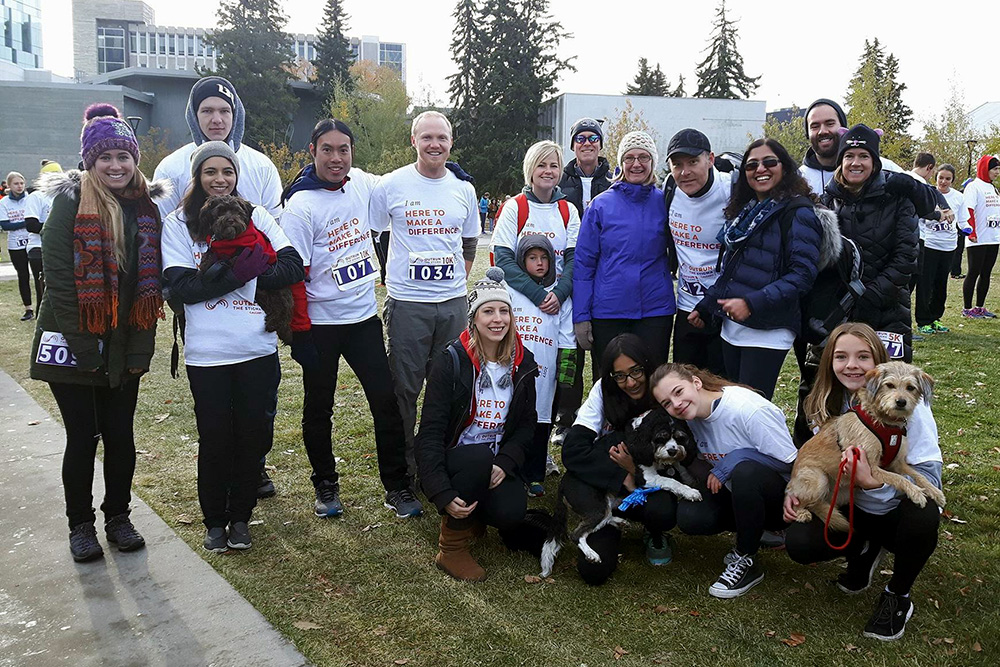 Outrun the Stigma raises a record $33,000 for Distress Centre!

Outrun the Stigma is an annual 5k walk/10k run that was founded by two University of Calgary students, Leah Shipton and Amy Li, who noticed a gap in the running culture for runs raising awareness for mental health.

In October 2013, the DC on Campus Club and the Mental Health Awareness Club, organized the first Outrun the Stigma. Each year they offer a 5k walk and 10k run, a testimonial from a community member on their mental health journey, and a Mental Health Expo involving local community organizations, businesses, and charities.

Every year, Distress Centre staff and volunteers support the event by participating in the walk/run. This year we entered two teams that raised a best ever combined total of $5665!

With a vision to expand the event in cities across Canada, the student club became a not-for-profit organization in 2016 and this year held runs in Edmonton and Toronto.

Distress Centre is very pleased to partner with Outrun the Stigma in helping to erase the stigma associated with mental illness. It’s an event we look forward to every year.

Donations are being accepted until October 31st, 2017.