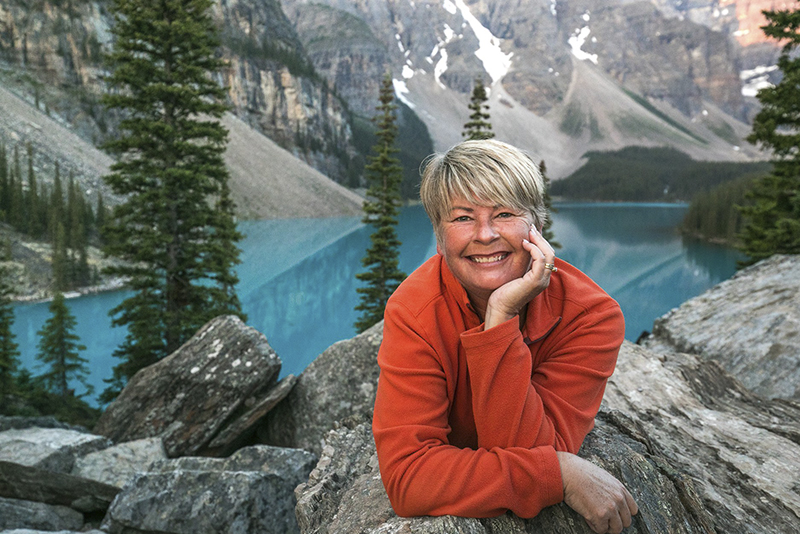 In October 2004, Lee Horbachewski was without hope. She was suffering from untreated postpartum depression after the birth of her second daughter and was ready to take her life. She had a plan and the means to attempt suicide.

In a moment of clarity, she pulled out the phone book and found the number for Distress Centre Calgary’s 24 hour crisis line.

“I made that call and for the first time in quite a while, I didn’t feel any judgement,” Lee said.  “The person on the other end of the line was just kind and compassionate and helpful and it helped me through a very difficult time.

Had I not made that call, I don’t think I would be here today.”

That call began her long road to recovery, which included a stay in the psychiatric ward, followed by an outpatient program, and then years of counselling, coaching and taking steps to build and maintain a strong mental health. She wrote a book about her experience, A Quiet Strong Voice, and she found that the process of writing it felt very cathartic.

In this time, Lee also became an advocate and donor for Distress Centre Calgary. She has fundraised for DCC on multiple occasions, including for her birthday in 2010 and 2011, and during an initiative called “Going Blue 4 U” in which she added a streak of blue to her hair for every $1000 she raised. She donates 50% of her book sales to DCC.

Lee and her husband Neil have also donated on an ongoing basis, and in 2014 her family was recognized for their philanthropic efforts when they won the Generosity of Spirit Award in the category of Outstanding Philanthropic Family.

But Lee’s greatest contribution to Distress Centre has been as a champion for our cause, bringing awareness to the services we provide and talking openly and honestly about depression and mental health, subjects that have a great deal of stigma and judgment surrounding them.

Lee says that this stigma is the reason she continues supporting DCC.

“For me, I had untreated postpartum depression, but when you look at mental illness, depression, anxiety, even the current economic challenges that our city is going through – people need someone, now more than ever, where there’s no feeling of judgement and no feeling of shame to reach out for help,” Lee said.

Lee shared more of her personal story at our annual fundraiser, Lend An Ear, on September 20th, 2018. She shared her story of making the call, the journey to recovery that follower and how she maintains her mental health to this day. Lee discussed the importance of Distress Centre’s services and the critical role that donations play in ensuring we can continue to serve Calgarians.

“Calgary needs Distress Centre. Bottom line,” Lee said, pointing out that our contact volume has increased consistently in the last several years. “A phone call can save a life. And it did. It saved mine. Take a step and donate. Support Calgarians in need.”