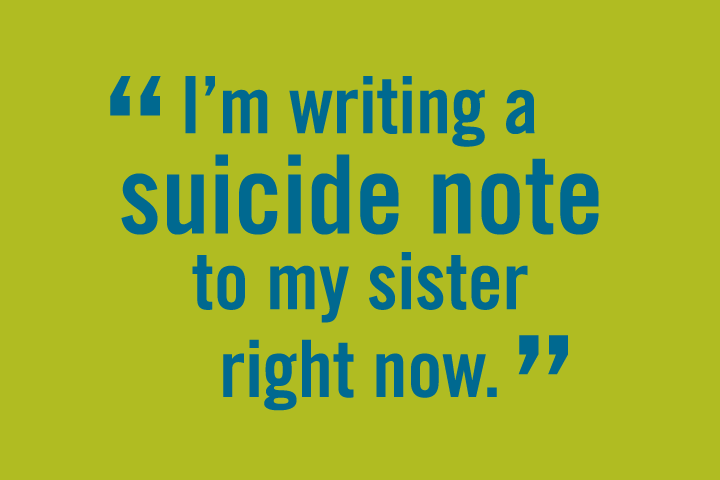 “I am worthless,” said a low voice on the other end of the line.

“I’m sorry to hear you feel that way,” Mei*, a crisis line volunteer at Distress Centre, responded. “It sounds like you’re having a really hard time. Are you having any thoughts of suicide right now?”

“Yes. It’s time to end it.” the man, who Mei learned was named Ivan, replied. “I’m writing a suicide note to my sister right now.”

Mei signalled to the Contact Centre Coordinator (CCC) that she was on a suicide-related call, so that the CCC could monitor it and potentially send emergency services.

Ivan confessed that he had a severe gambling addiction that had ruined his life. His wife had left him and he had lost contact with his kids. In the last few days, he had gambled away money that was lent to him so he could pay his rent. He said that he had hit a new low.

“I’m weak and worthless,” he said repeatedly. “Talking to me is a waste of time.”

“It takes strength to reach out and that’s what you’ve done today,” Mei said. “Your life matters.”

Mei attempted to help Ivan make a plan for staying safe and getting help, and mentioned some resources that could help him with his gambling addiction, but he continued to insist that his life was over and he was going to end it. At this point, the CCC decided to call emergency services as Mei had been unable to de-escalate the crisis.

Soon, help arrived and the call was terminated. Mei will never know what happened to Ivan. She can only know that she did her best to support him.

In 2017, Distress Centre intervened in 98 suicides in progress, and prevented hundreds more. This year, we have received over 10,000 crisis calls per month since June. In November and December, we’re sharing some of our users’ stories to explore why Distress Centre matters.

We need your help. Demand for our services has increased significantly in 2018, and suicide remains a top issue. 70% of our contacts occur in the evening, so we need to keep online services open longer. This means additional midnight staff are needed 365 days of the year.

Donate to Distress Centre, so we can continue to support callers like Ivan. Double your donation – Monarch is matching donations (up to $5000)! Donate before December 31st to have your donation doubled. With matching, that comes to $10,000 for our crisis services!

*This story is based on a real call we received. Identifying details have been changed to protect the confidentiality of the caller and volunteer.