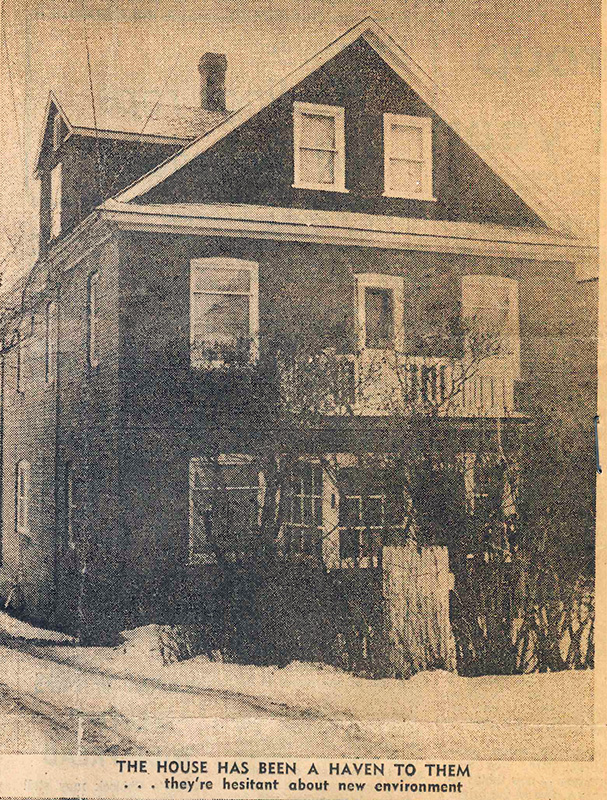 Image: From a December 1973 issue of the Calgary Herald.

In the early 1970s, outreach to clients, to the local community and to other professionals formed significant parts of the Drug Information Centre’s work. By 1975, funders were also demanding such collaboration.

One major initiative was The House. Opening in June 1973 at 635 4 Ave N. E., The House provided a group-living experience for teenagers ages 13 to 19: school drop-outs, the unemployable, those with long-term psychiatric problems and youth with no family ties who were living on the street.

Residents established the rules and planned the programs. Capacity was 12, including 2 live-in staff. Funding came from federal Non-Medical Use of Drugs (NMUD) and the provincial Department of Social Development, administration and supervision from the Drug Information Centre (DIC). Staff were responsible to the DIC Board.  There were no criteria for success, and residents could leave at any time. 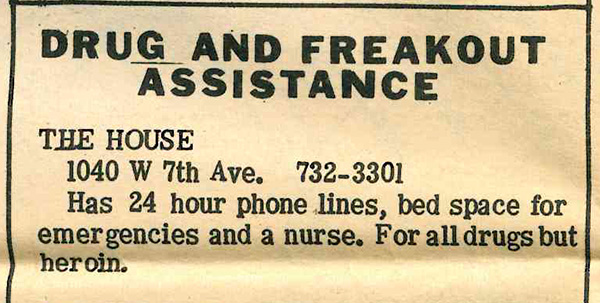 Dr. Bryan Tanney reflects: “We (DIC) were not there to provide direct counselling services. The House became people who were not on bad trips any more, they were just down and outers.”  A variety of other agencies provided personal supports, medical care and life skills coaching.

Residents of Bridgeland were not happy with the project, and 500 people “tried to torpedo a group home for teenagers, based on fear, ignorance and suspicion” reported the Calgary Herald.  In a letter to the editor in Sept 1973, residents set out their grievances: the location had been kept secret; the community had not been consulted; public meeting answers were misleading; supervision and qualifications of staff were questionable; staff was too young; clients had too large an age spread (13-19); lack of curfew; no school obligation or job plan for residents; and no medical examinations for drugs. Despite this, The House won Development Appeal Board approval.

''We (DIC) were not there to provide direct counselling services. The House became people who were not on bad trips any more, they were just down and outers.'' - Dr. Bryan Tanney

Staff and residents had their own concerns The Calgary Herald reported them saying “We are living on macaroni and a bit of money from the Drug Information Centre which sponsored the House in the first place.” There were numerous building issues, “like when the furnace was broken they opened the oven doors for heat, and huddled under blankets for group sessions.” That forced a move to 1318 12 Ave S.W.  On April 1, 1975 The House became an independent agency, no longer under DIC guidance. 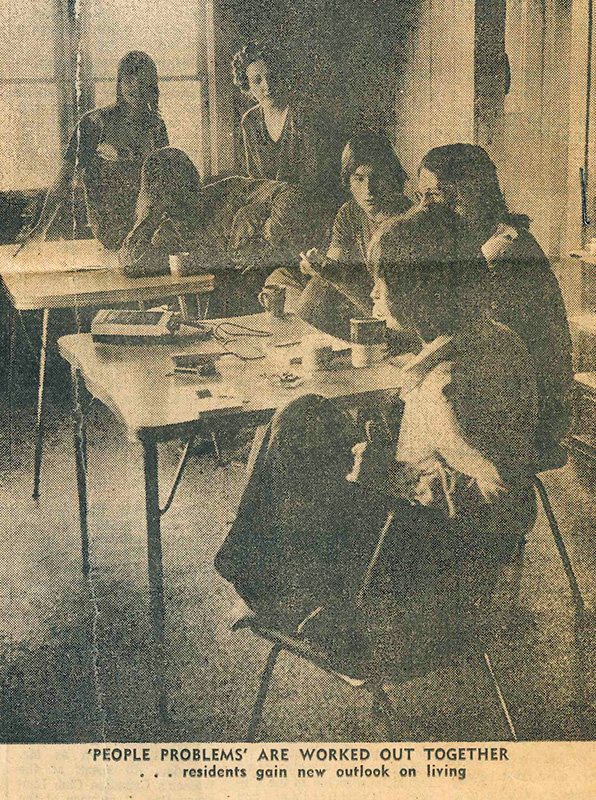 Residents of the House, from a December 1973 issue of the Calgary Herald.

Another collaboration involved medical care for youth. In September 1970, the Calgary Youth Clinic was initiated as a cooperative venture with the Calgary Medical Society. Dr. Art Sohn and 75 volunteers provided basic medical contact with youth in the DIC space, three evenings a week. This project did not last long, nor did a heroin users’ group which was also started and abandoned. The DIC helped initiate a Free Clinic at Knox Church for the summer of 1971, and had seven volunteers at the psychiatric wards in all three hospitals.

Another short-lived project in 1971 had inmates from Spy Hill Jail coming in for group counselling on Saturdays, and receiving volunteer visits at the jail. Norris Nash felt it was a good role for the DIC to help those about to get out of jail make it, and promised to deal with the “problems arising”.

The Drug Information Centre continued to provide outreach workers through 1975 to local events and concerts where heavy drug usage was likely… but only if volunteers had fulfilled their other less exciting commitments.

“The concept had the Distress Centre/Drug Centre becoming the hub, the host of the mobile crisis centre, and maybe taking a lead in helping develop a respite centre. Grad students visited all the member agencies, and one by one got sign-offs and actual letters of support. We got down to one group, medial people, psychiatrists, PhD clinical people who would not sign off. It was the age old medical/non-medical, professional/non-professional clash. We had experienced this in Calgary almost annually. That was the end of moving forward on this pretty creative idea. It died on the vine by mid 1979.”

''The concept had the Distress Centre/Drug Centre becoming the hub, the host of the mobile crisis centre, and maybe taking a lead in helping develop a respite centre.'' - Richard Ramsay

Seminars and other outreach

Hosting seminars and providing written information proved to be more successful forms of community outreach. More than 10,000 copies of publications were distributed through to December 1971.  An early four-evening seminar for parents at Henry Wise Wood School had up to 500 people attending each night to hear about pharmacology, Drug Information Centre services, and the legal aspects of drug use. Ken Low, DIC Information staffer, learned:

“If I was doing a public engagement, and because it was a matter of public record that I had used drugs, and was not condemning them but trying to explain why they were attractive to some people, there was a lot of hostility from some people to anything I would have to say. I had to prepare to anticipate it and try to communicate in a way that was not polarizing or dismissive of other points of view.”

“Anyone who was interested in doing a summer project, or a youth employment program or some sort of community service, they could get all that information at the Drug Centre. We had a secretary, a xerox machine, and we were one of the few places in town who would do that kind of stuff for people. We became sort of a hub for the whole hippie youth movement, so to speak, for the first three years anyway. We were involved in setting up campgrounds, free medical clinics, feed-ins, information, birth control centres.”

By 1980, having tried various direct community outreach, The House went out of business due to mis-management. The Centre returned to their core business: listening to clients, in confidence, for free, 24/7; a value that remains unchanged.