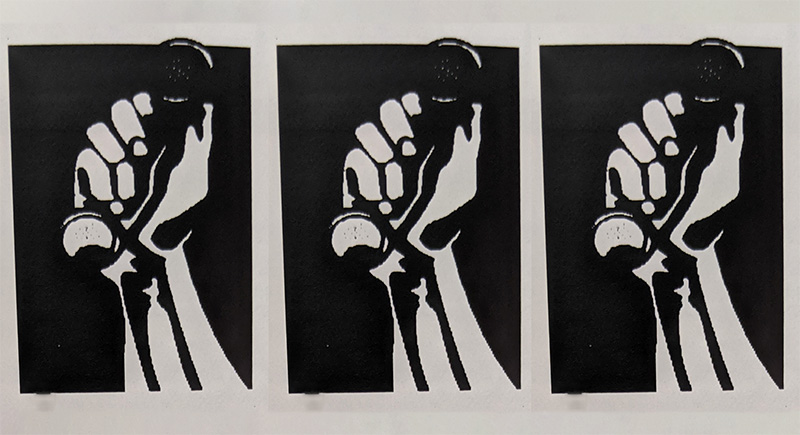 Image: Created from the graphic used in Annual Reports to report on the Men’s Line.

As the Board and management were looking to broaden services in the early 1990s, clients experiencing potential and actual family violence were requesting counselling in increasing numbers. In 1997, a proposal for a Men’s Domestic Crisis Line was put forward by 6 agencies. The result was a 24 hour phone service for men who had a history of partner violence or were feeling angry, opening in January 1998. It was the first in Canada, with Distress Centre as the lead partner.

Christine Berry, the original coordinator, talks about the start-up:

The first batch of Men’s Line volunteers in 1998.

“The community was the genesis of the line. There was a lady named Karen Walroth who worked with the Action Committee Against Violence, and had been a probation officer. She knew there were gaps in services around the area of domestic violence. A proposal was put together by Barb Litchinsky from Distress Centre, Robbie Babins-Wagner at Calgary Counselling Centre, a rep from the YWCA and Karen.

“Any kind of management stuff I worked on with Barb but I also had a steering committee from Sherriff King, Calgary Counselling Centre, Probation, Calgary Police, and I think the Crown. They were working as a body around domestic violence. We did not report to the Board of Distress Centre. It was flow through money for the fiscal agent. 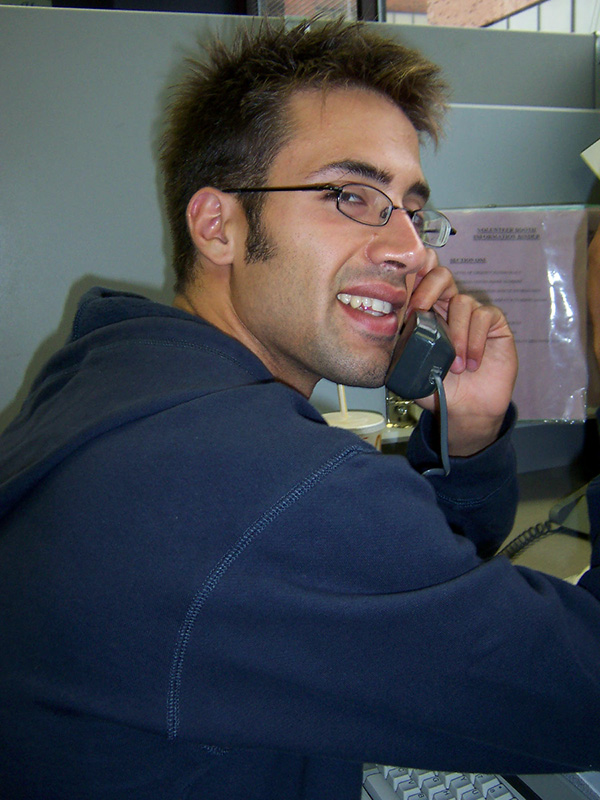 “I remember I met Mayor Al Duerr at a fundraiser, and told him what I did. It was his leadership that got that committee funded and off the ground. When we really needed a champion for domestic violence, he was there.

“Karen Walroth had been working with men’s groups for 4 years at Probation so she had manuals they used with men who had been offending. I was not doing counselling, and I didn’t answer the lines for the most part. I did the reports and pounded the pavement to get information out about what we were doing. The treatment centres would talk about the phone lines to the men in their groups. It was very new and it had never been done before, so we knew it was going to be very challenging.”

''I remember I met Mayor Al Duerr at a fundraiser, and told him what I did. It was his leadership that got that committee funded and off the ground. When we really needed a champion for domestic violence, he was there.'' - Christine Berry

“I did a lot of recruiting through the Mount Royal Justice program. Doug King, the professor, was very good. His students needed some volunteer hours, so we had a good stream of people coming in. Originally, I was training them separately, just for that line. We tried to run it 24 hours. Around 2000 we decided to integrate so the regular volunteers for the crisis line would also answer the Men’s Line.

A brochure for the Men’s Line.

“We needed more volunteers, and there was no guarantee that someone on the regular crisis line was not going to get a domestic violence call, so it just made more sense to develop a specific module for the training, which I delivered.

“By the time we integrated, you had mostly regular volunteers answering the line. We tried using men who were male abusers from the treatment centres but it was very unsuccessful. We learned that just because you had been through a domestic violence group, it did not necessarily make you a good volunteer.

“Often the people calling in were referred to Sherriff King and Calgary Counselling. The number of callers who were the abusers was about 90%.

“One night I was on the line with a man who had called, but 20 minutes later there was another voice on the line. She was upstairs and had locked herself in the bedroom. She was quite afraid of him. He was talking about ‘I apologized and sent her flowers, etc,’ and I heard this second voice saying ‘I just want you to stop scaring me.’ She was on the line listening, and he was presenting himself as this victim, while she was upstairs locked in the room. Generally, callers were looking for support, or trying to get their woman back.”

''We tried using men who were male abusers from the treatment centres but it was very unsuccessful. We learned that just because you had been through a domestic violence group, it did not necessarily make you a good volunteer.'' - Christine Berry

A February 1999 newsletter noted 92 calls in December, the busiest month, with 27 volunteers answering calls over the year. A big focus was on letting public know about the line. Christine remembers:

“There was one day when I was on three different television stations. There had been a domestic homicide, it was high profile, and I was talking about the help line as a supportive service that provided intervention if the situation was starting to escalate. It did increase calls to the Men’s Line.”

Transitioning to a general Men’s Line

In 2000, the Domestic Conflict Help Line transitioned from a pilot to a permanent program, renamed the Men’s Line. It was available for all male callers, not just those with a problem related to domestic violence. A new brochure and poster were developed and circulated, promoting the line as a regular service of Distress Centre. 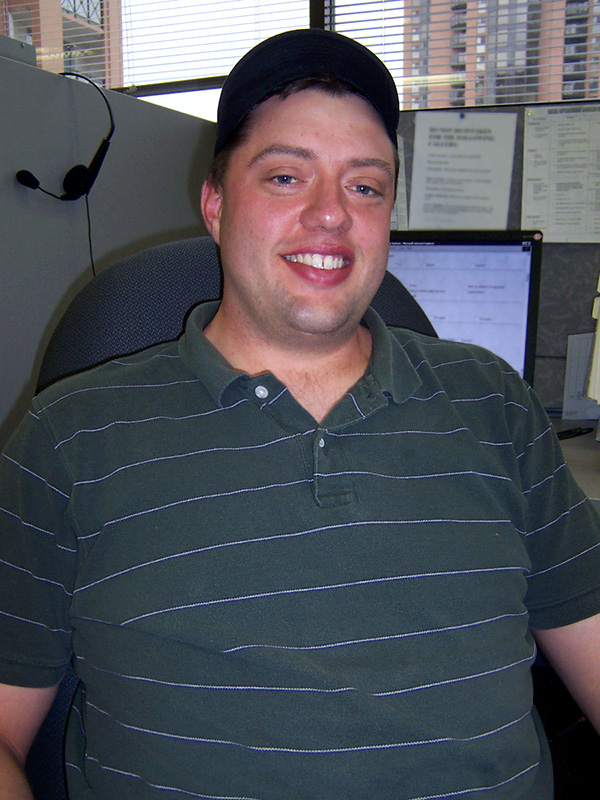 Domestic violence was still the primary concern for 1/3 of callers. In 2004, the line received more than 3,500 calls, an increase of 388% from the start up in 1998. This increase was accompanied by an increase in the number males requesting counselling after talking with volunteers on the line.

Joan Roy, future ED, remembers the evolution of the line:

“The Men’s Domestic Violence Line first got funding for a position, and then it became the broader Men’s Line. If it was crisis, the counsellors saw people but not exclusively, we would often refer to Calgary Counselling or Sheriff King who had a number of outreach programs for men. We were the first point of contact and would refer out as needed.”

Although the line itself may have moved, men and women continue to call Distress Centre regarding domestic violence. It is an increasing topic of concern, as the city and province continue to face financial and health challenges.