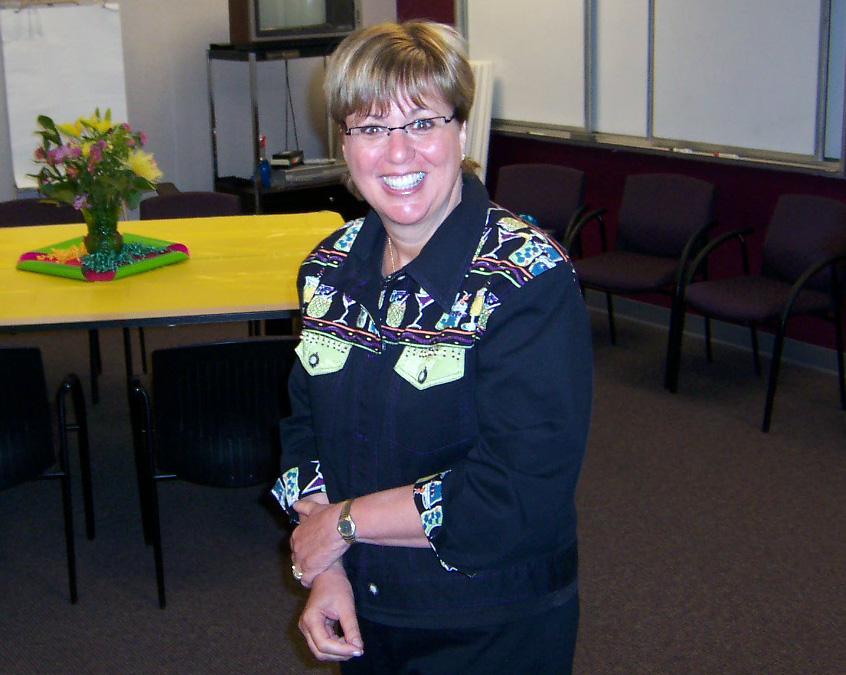 Barb Litchinsky, the new Executive Director in 1996, brought her own strengths to the organization. Suzanne Rosebrugh, a staff member who held many roles, speaks to the leadership shift:

“Barb had such a can-do attitude. If she saw an opportunity that would fit and make sense, she would get the information, make sure it was a good idea, and make a plan. She would recruit the people and resources she needed to make it happen. Adding the 211 service is a really good example of that. 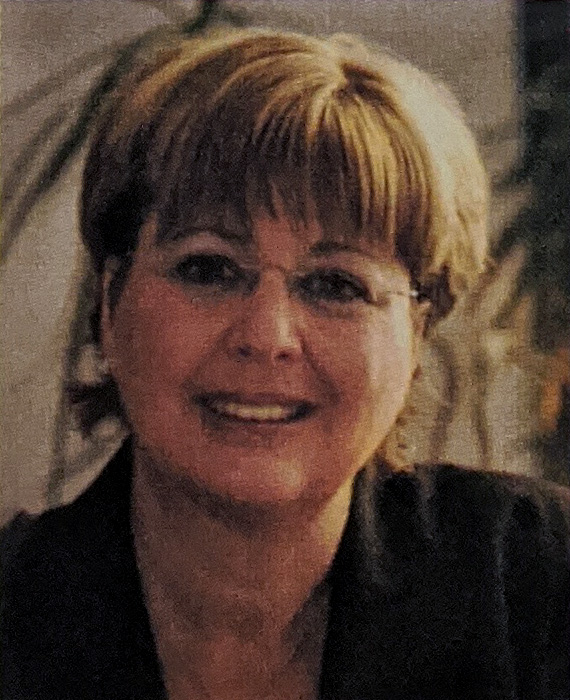 “Under Barb’s leadership we changed our philosophy so that the callers and clients were our top priority and the Directors were second. This represented her commitment to the quality of services delivered.

“Under Barb’s watch we were part of national suicide initiatives. Having knowledge about current practice and research really strengthened the organization. Joan Roy and I began to attend Board retreats to share best practices. We got the benefit of their expertise and saw what was happening at their level in terms of governance.

“Barb took the organization to the next level and found money for a financial analyst and fundraising position. She modelled by example. She was fair, honest and you knew where you stood. She was supportive and helpful, but she also expected you to do your job. She could see opportunities and ways to improve, and she would identify performance issues. She would own a mistake if she made it.”

''Barb took the organization to the next level and found money for a financial analyst and fundraising position. She modelled by example. She was fair, honest and you knew where you stood. She was supportive and helpful, but she also expected you to do your job. She could see opportunities and ways to improve, and she would identify performance issues. She would own a mistake if she made it.'' -Suzanne Rosebrugh 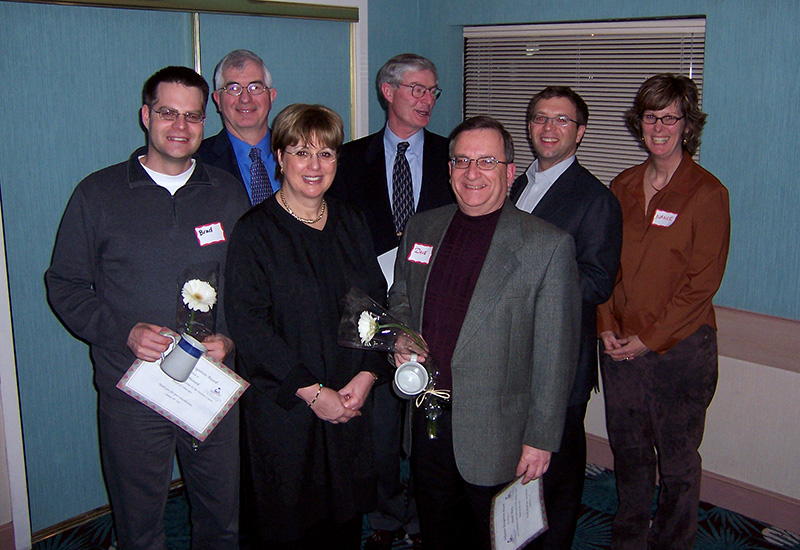 Barb with Board Members at a 2006 banquet.

“When you have a new leader after a long time, you are looking for a change agent to take the organization to the next level. I thought Barb brought in a tremendous sense of energy, optimism and hope. A sense that we can be so much more, and do so much more.

“We were constantly growing programs and services. We added lines to serve growing demands and needs. Life was getting more complicated and more difficult for many people.”

Barb tells her own story:

“I was working at the Brain Rehabilitation Centre, and one of the Board members, Len Schnell, was moving from that board to Distress Centre. He knew that Jeanette was leaving and he thought that I should consider applying for the job. Being a social worker, I always knew about Distress Centre, it sounded exciting and it sounded like the right kind of move for me. I got the ED job and I was there from 1996 until 2008 when I retired.

“Early on, I was in meetings where there was discussion about taking on the overflow night calls when other services were closed. Other agencies wanted it too. Meanwhile, the City brought in a woman from Seattle, a director of a distress centre that had a great reputation for crisis service delivery. I got her to come to the agency to recommend what we needed to get to the next level. 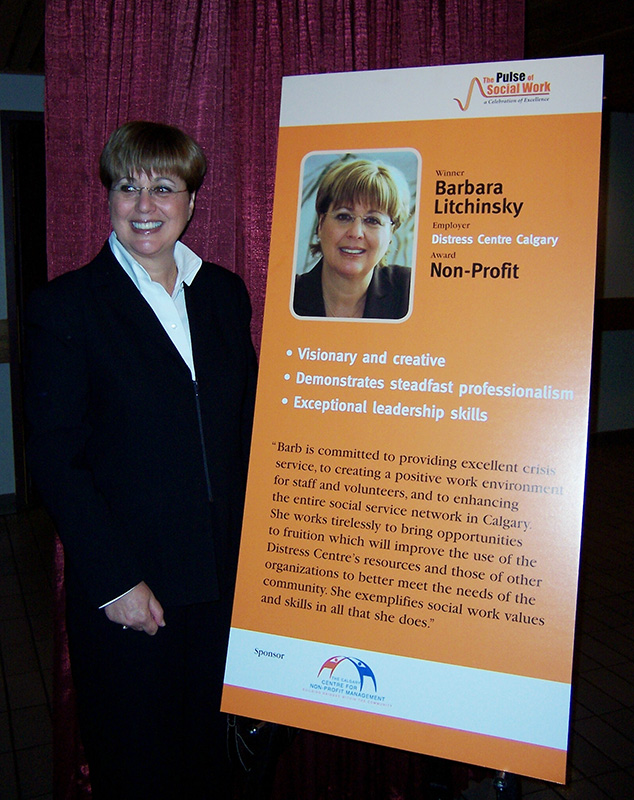 Barb at the Pulse of Social Work Awards in 2005, where she won the non-profit award!

“She said you have to have a qualified staff person 24/7. You have to have standardized responses for the volunteers so that whenever someone calls, they get the same kind of response.

“I had this idea that what we needed were decision trees. I knew the right person would be Joan Roy, and she loved the idea. She did all the research on suicide, domestic violence and mental health. We needed computers and 2 screens for calls that required a decision and/or information. We had no money for computers but I knew the money was out there if we could secure contracts. There was lots of competition but I felt we were best positioned to do the ‘after hours’ and fortunately, the City and the United Way agreed.

“We were in this old building on 11 Avenue and we had to move because it was sold. This was a disaster because to move would cost a lot of money.

“I found a provincial Community Facility Enhancement Program grant that would match up to $125,000. The Board treasurer said, ‘just close the doors, you are not going to be able to get the money, and you need to use the 6 months to wind things down and transfer things over to other agencies.’

“I was not going to give up and neither was anyone else on the Board. We made a presentation to Rotary and we received $100,000 but we were still short. The building owners chipped in $15,000 and the Nickel Foundation gave us the rest. We got the matching grant and hired someone to design the 8th Avenue location. 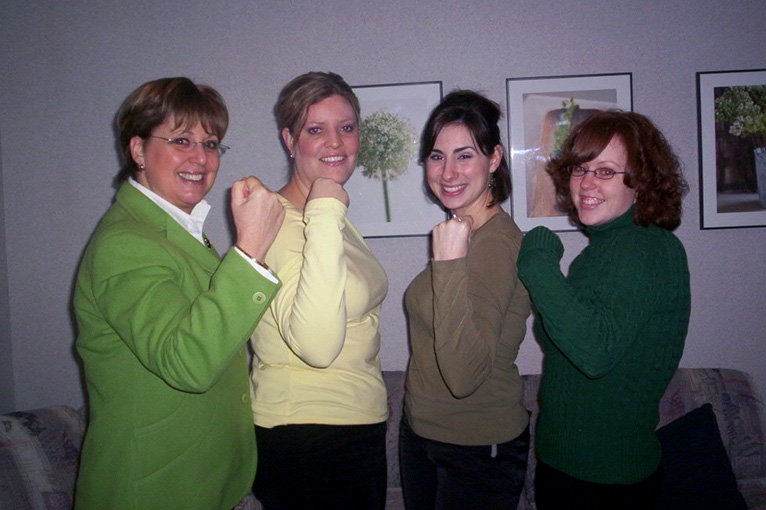 “The ones that gave every single year without fail were the Royal Bank branches, and Rotary Clubs. When making presentations at Royal Bank branches I would ask if anybody had heard of Distress Centre. At my very first presentation, a woman stood up and said that she was concerned her son was contemplating suicide. His school recommended she call Distress Centre. What blew her away was when the volunteer said ‘and how about you, how about counselling for you?’ She said she started to cry. It never occurred to her that there would be help out there for her. She shared her story because she wanted her colleagues to know how important Distress Centre was to her. It was so powerful.

''At my very first presentation, a woman stood up and said that she was concerned her son was contemplating suicide. His school recommended she call Distress Centre. What blew her away was when the volunteer said 'and how about you, how about counselling for you?' She said she started to cry. It never occurred to her that there would be help out there for her.'' - Barb Litchinsky

“I had four years to prepare for retirement because of my agreement with the Board and financial sustainability was the only issue when I left. I had accomplished all of the things that had been asked of me when I started. I was very, very tired, and it was time for someone else to come in with new goals. I had a marvelous team of staff, volunteers and board members.” 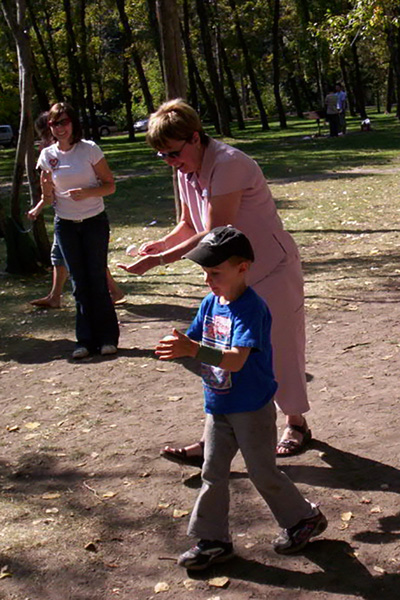 Barb was not only an effective leader, staff appreciated her kindness. Blair Collins, a counsellor, remembers:

“The famous St. Patrick’s Day blizzard, Snowmaggedon 1998, literally shut down the city for at least a day. I was conscious of the crisis lines, and how difficult it might be for the line volunteers to get to Distress Centre. Five other full-time staff were also able to come in.

“The staff who were unable to get into work were not penalized and Barb gave each of the staff who did make it to work a lieu day. She made all of us feel so appreciated and valued. Distress Centre was one of the best employers that I have ever worked with.”