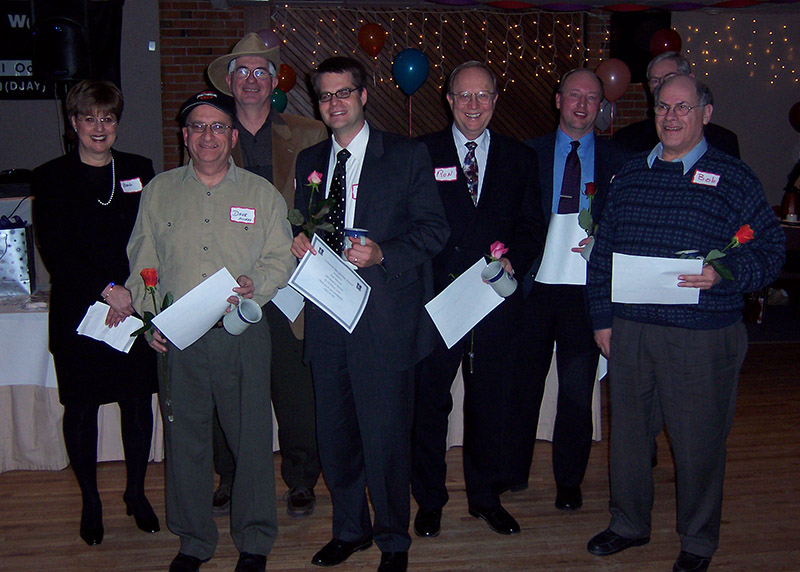 50 Stories Part 39: You Can Never Have Too Many Lawyers

Image: The Distress Centre Board with Executive Director Barb Litchinsky at the 2004 volunteer banquet.

A 30-year review of Distress Centre by consultants Deep Blue included examining the role of the Board of Directors. Generally, the board was reported to be cohesive and well functioning, professional, and diverse in gender but not ethnicity. 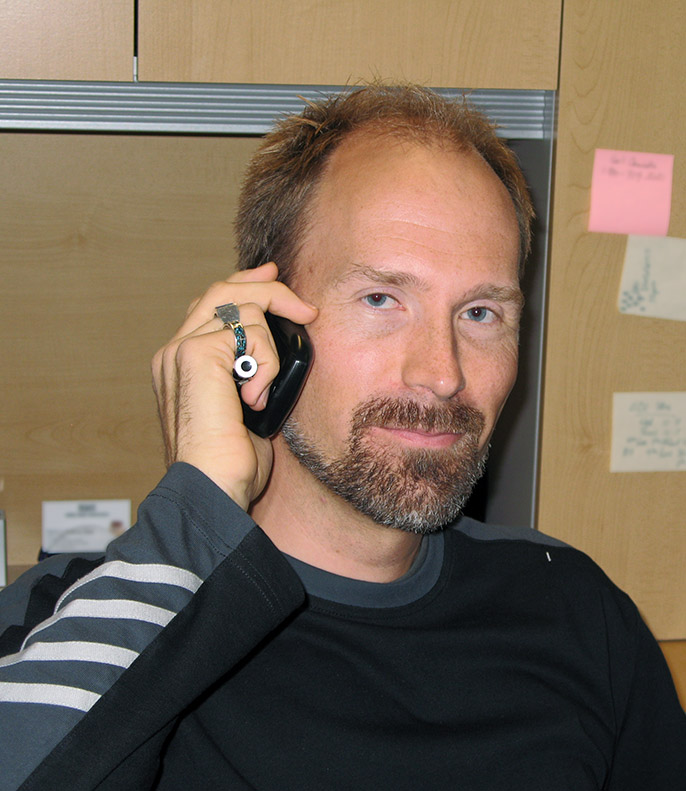 Consultant Bill Overend noted that Distress Centre Benefited from strong management and a solid Board of Directors, and said the organization has grown to the point where it is ahead of its peers in terms of technology and phone line capabilities, and is viewed across Canada as a model to emulate. Recommendations included succession planning for the Executive Director and Board members, planning for growth including increased space, and an ongoing focus by the Board on policy and vision. Bill continued to work with Distress Centre, facilitating board retreats for a number of years. He remarked:

“I prepared by interviewing the Board, looking at the agency itself, and by talking to the Executive Director and a few Managers. They wanted to get direction so the executive team could turn them into actions.

“The more you learn about Distress Centre, the more you like it. Anyone reviewing that agency gets a lot of energy out of the good that they are doing for the community.”

''The more you learn about Distress Centre, the more you like it. Anyone reviewing that agency gets a lot of energy out of the good that they are doing for the community.'' - Bill Overend

In 2005, the Volunteer Advisory Committee Chair gained a position on the Board, and the revised mission statement became: “To improve the quality of life in our community by providing crisis support, information and referral services without discrimination.” The revised vision was to become the primary information, referral and crisis service provider in the community, act as a model for other communities to emulate, and honour and respect the human potential of those who serve and those who are served.

The key Board issue of the day was, once again, financial sustainability. 2006 Chair Ron Prokosh suggested working on a major gifts campaign, and finding a major gifts officer “responsible for cultivating relationships with new potentials donors and sponsors.” This occurred in 2008 with the hiring of Roxanne Cote who continues today as the Resource Development Officer. She recalls: 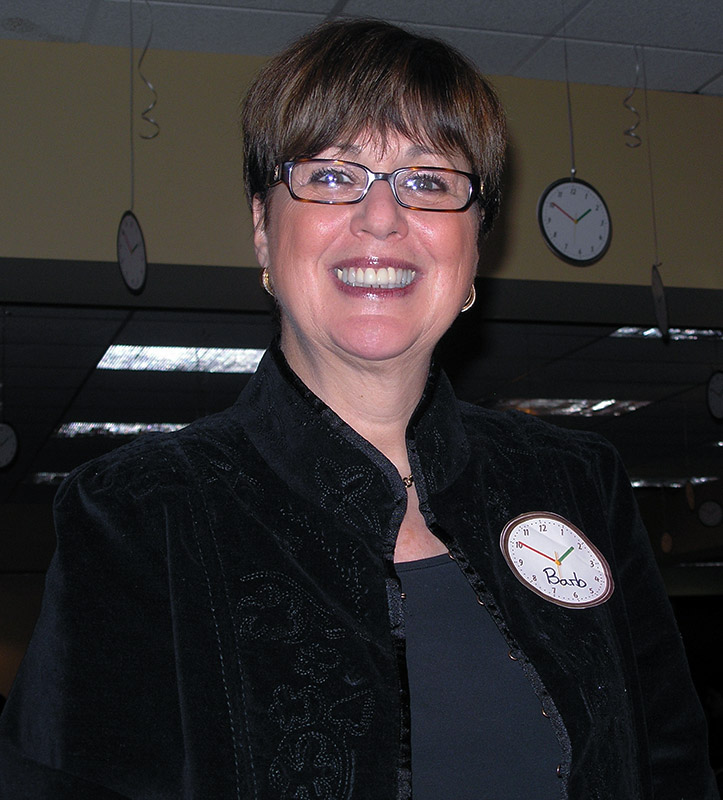 “I was attracted to the work because I had been through a lot of personal challenges and never knew that there were services like Distress Centre. Barb Litchinsky, the Executive Director, was doing some of the fundraising. Some of the Board members and staff were working off the corner of their desks on it. There was no designated person. They managed to get funding for the position from The Anonymous Donor and there were annual goals to raise so many dollars.”

“One of the things I did was to make sure it was a governance board. We had all of our people take board training, so they would not be meddling in operations.

“I have a strong background in human resources, so I helped build the performance review of the Executive Director which today is still used by different organizations.

“Barb would bring a new idea to the table which showed the financial impact and the impact on staff, and we would decide if we were interested or not.”

The Board was pleased to announce in 2006 that 211 was recognized by the United Way with the “Together We Can” Spirit of Gold Award, and it became fully accredited by the Alliance of Information and Referral Systems. With Barb’s pending retirement, a search firm was contracted, and Carol Oliver was hired for the role in May of 2008 (her story follows). In addition, the Board noted a need to implement additional programs and services in the coming years to remain in step with aboriginal population growth, diversity, aging, environmental issues, mental health, poverty, technology adoption, and a scarcity of human resources.

In Board Chair, Brad Mustard, announced that achieving financial sustainability has to remain a top priority with the strategic plan.

The skills of a Board Member

Dr. Jackie Sieppert, 2008 Board Chair recalls the skill sets required of DC’s Board: 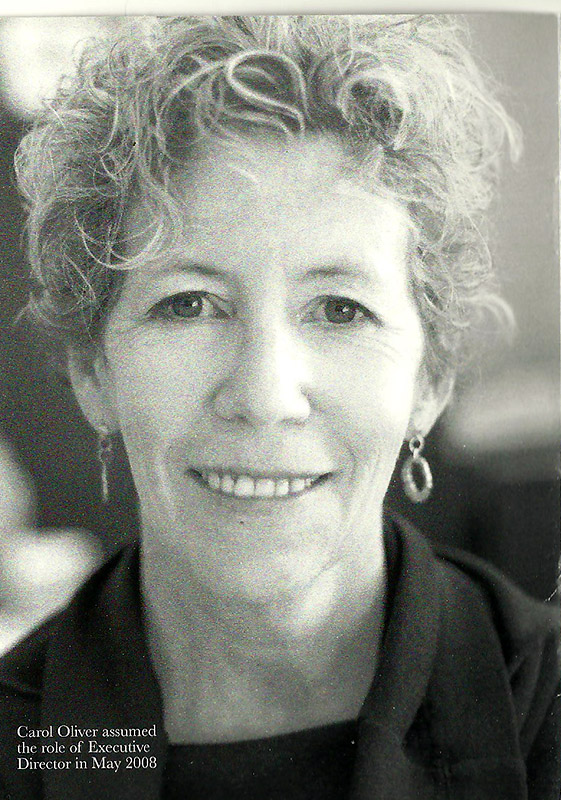 Carol Oliver, who became Executive Director in 2008, in the 2008 Annual Report.

“I do think you need people with experience working with budgets and strategic planning. It is also an asset to have someone who understands the non-profit sector, and how it works. Experience working in the social services sector was a bonus. Everybody jokes about lawyers and having too many lawyers, but I don’t think you can ever have quite enough lawyers.

“In my mind, the role of the Board Chair is part supervisor, part long term strategic planner, part team lead for a pretty diverse group of Board members, part champion, getting out there and being vocal about the organization, part fundraiser…there are about 15 tasks, in that title of Board Chair.

“Most of us sat on a sub-committee of some kind, and occasionally we had an ad hoc committee. We had one to determine if we would renew the lease. Checking out space and getting the lease renewed, that took a lot of hours over a short period of time.

“Everything was fun. Distress Centre has always had such a remarkable group of people, Board and staff, but staff in particular. You walk down the hall and ask how things are going and you end up in these fascinating conversations. Every one of them is so committed and capable that just being there was fun.”

''Distress Centre has always had such a remarkable group of people, Board and staff, but staff in particular. You walk down the hall and ask how things are going and you end up in these fascinating conversations. Every one of them is so committed and capable that just being there was fun.'' - Jackie Sieppert

Mike Ruttan, serving the last part of the decade, comments:

“As a Board member, there was an expectation you would spend at least one session in the call centre and just observe what it is the organization does. What sticks with me about the call centre and the volunteers in general is the pure level of dedication. Staff too. People are there because they want to be there, they want to help. It is very genuine. 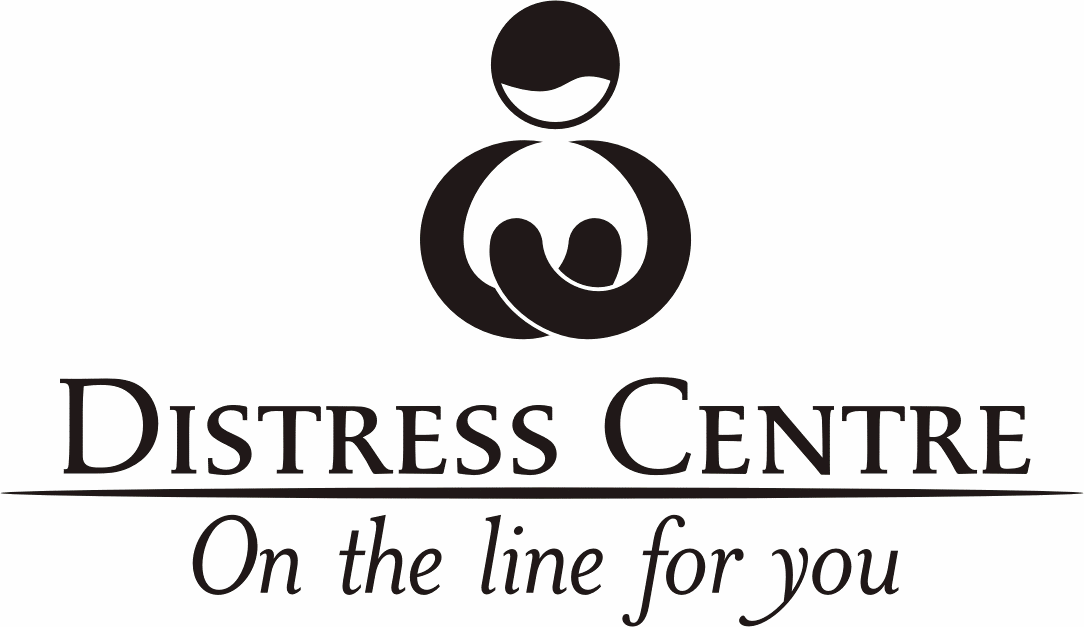 “I enjoyed my time on the Board, I learned a lot, and I will say that overall the quality of the people in the organization, the Board, volunteers, staff, they were all pretty phenomenal.”

Barb Litchinsky speaks to her experience with the Board:

“I was very fortunate that I had fantastic Boards. That is not something a lot of Executive Directors can say. Not only were they totally supportive, but I learned so much from them. Many not only donated their time, but money as well. Often anonymously. They didn’t want recognition, they did it for the right reasons.“

By 2009, On The Line For You had become the new tag line approved by the Board, and the upcoming 40th Anniversary was viewed by all as an “opportunity for reflection, advancing our mission and celebration.”