Previous Next
Siblings organize motorcycle ride in memory of their sister, Patricia

Siblings organize motorcycle ride in memory of their sister, Patricia 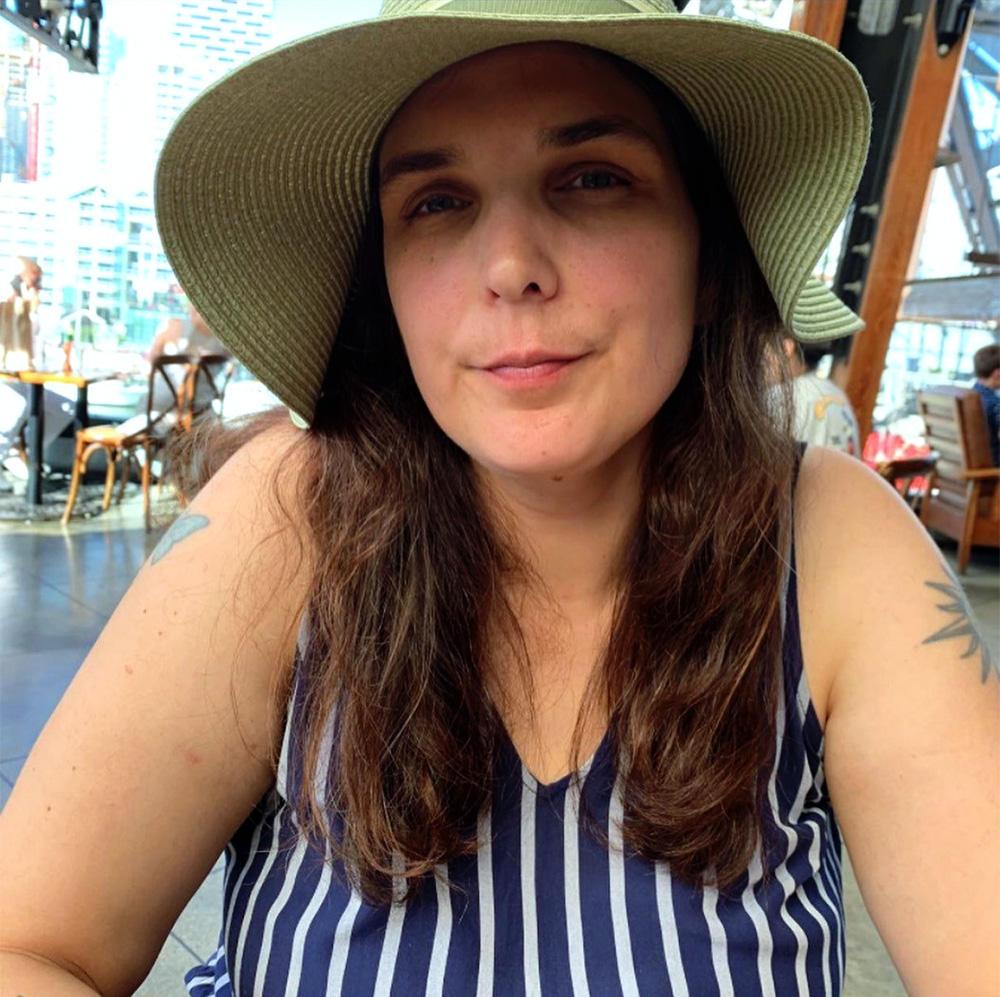 Patricia Dawn was always a helper. She was born in Kamloops, BC and lived all over the Lower Mainland. She held two degrees, one in psychology and the other in nursing and spent most of her adult life in nursing roles, including a nine year tenure at Insite, a sanctioned supervised drug injection site in downtown Vancouver. Her last job was at a shelter and inpatient facility for women.

In her personal life, she was a foster parent, caring for special needs children who didn’t fit into the regular foster care system. She also had two biological children of her own.

Her sister Pauline described her as: “a helper at home and at work.”

Patricia died by suicide in February at the age of 41.

To honour her memory, two of Patricia’s siblings, Pauline and Rex, are organizing a memorial motorcycle ride and fundraiser on August 7th – The Forever 41 Memorial Ride.

Though Patricia wasn’t a motorcyclist herself, she was a helper and a giver and giving back is Pauline and Rex’s way of honouring her memory.

Pauline, her husband Ray, and Rex are all heavily involved in the Alberta motorcycle community and the charity work that the community does, including anti-bullying initiatives, Christmas hamper drives and other fundraisers.

The August 7th ride starts in Airdrie and then takes a scenic route around Calgary before ending with a gathering at Fish Creek Park. Patricia is one of seven siblings and all the siblings, their kids and Patricia’s husband and kids will be in attendance, as well as the motorcycle community.

“The community really likes to rally around a cause and that’s nice to see,” Pauline said. “The riding season in Alberta is really short, so people take the opportunity to get out while they can.”

Pauline says that the riding community has been very receptive so far, and they’re hoping for a big turnout and a successful fundraiser for Distress Centre. Pauline and Rex plan to make this an annual event.

“My sister was very much an advocate for people with mental health issues and unfortunately it was ultimately what did her in,” Pauline said. “It’s a cause that’s near and dear to our hearts.”

Thank you Pauline, Rex and everyone involved in the memorial ride for fundraising for Distress Centre and supporting our crisis and mental health services. 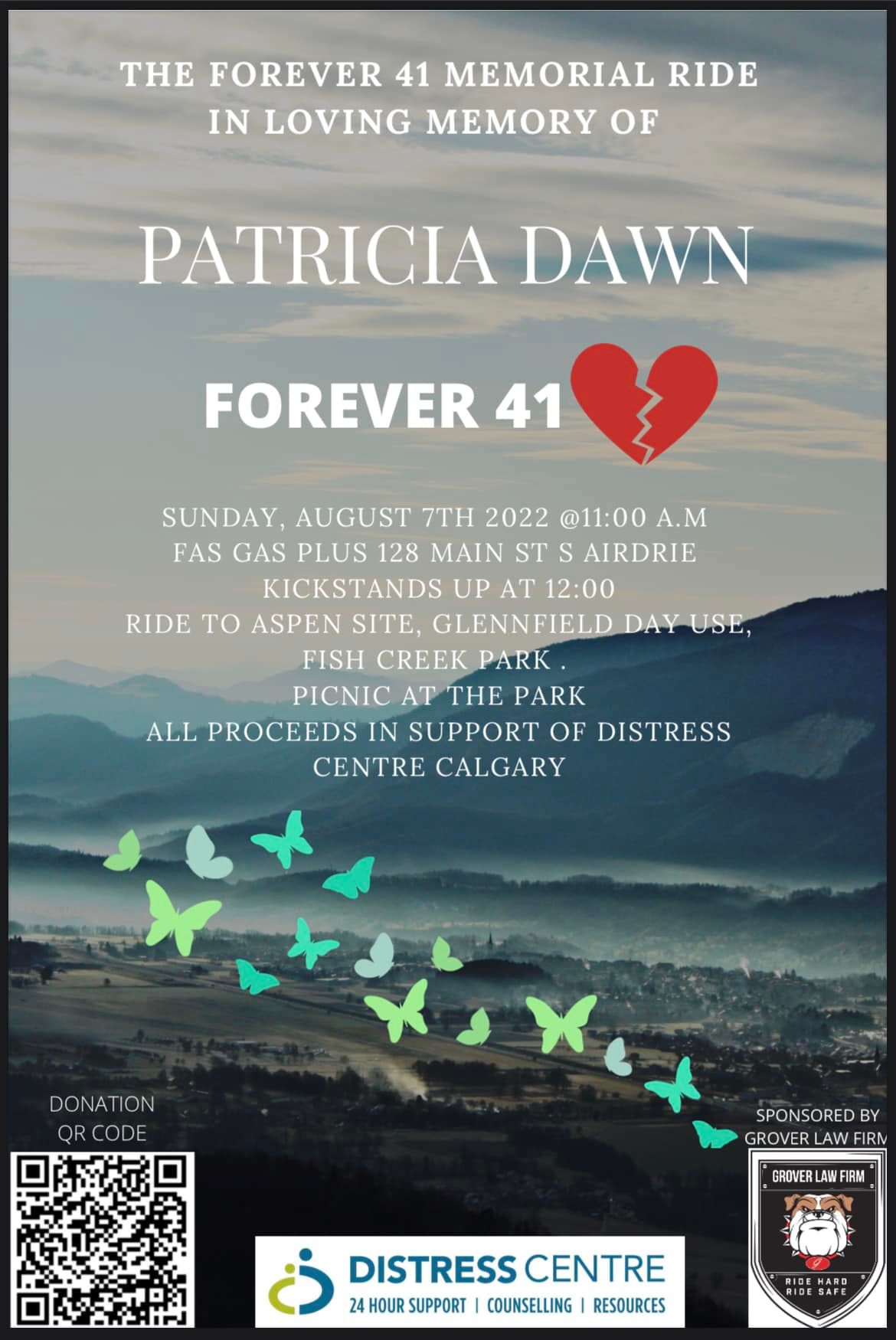 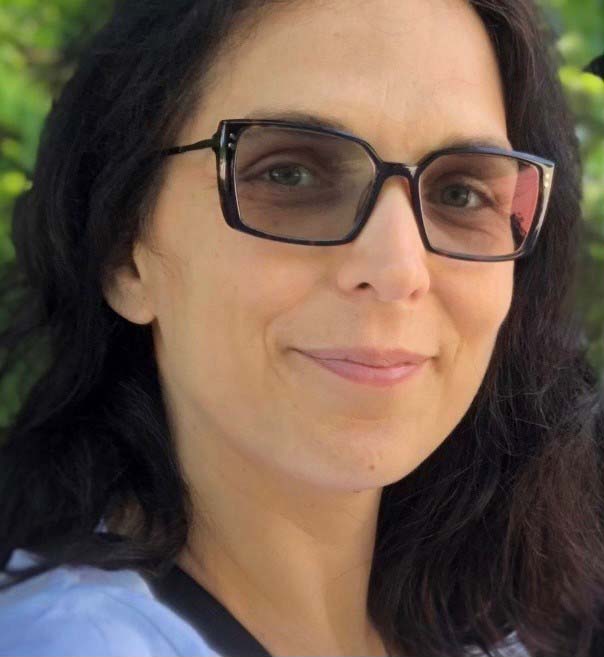