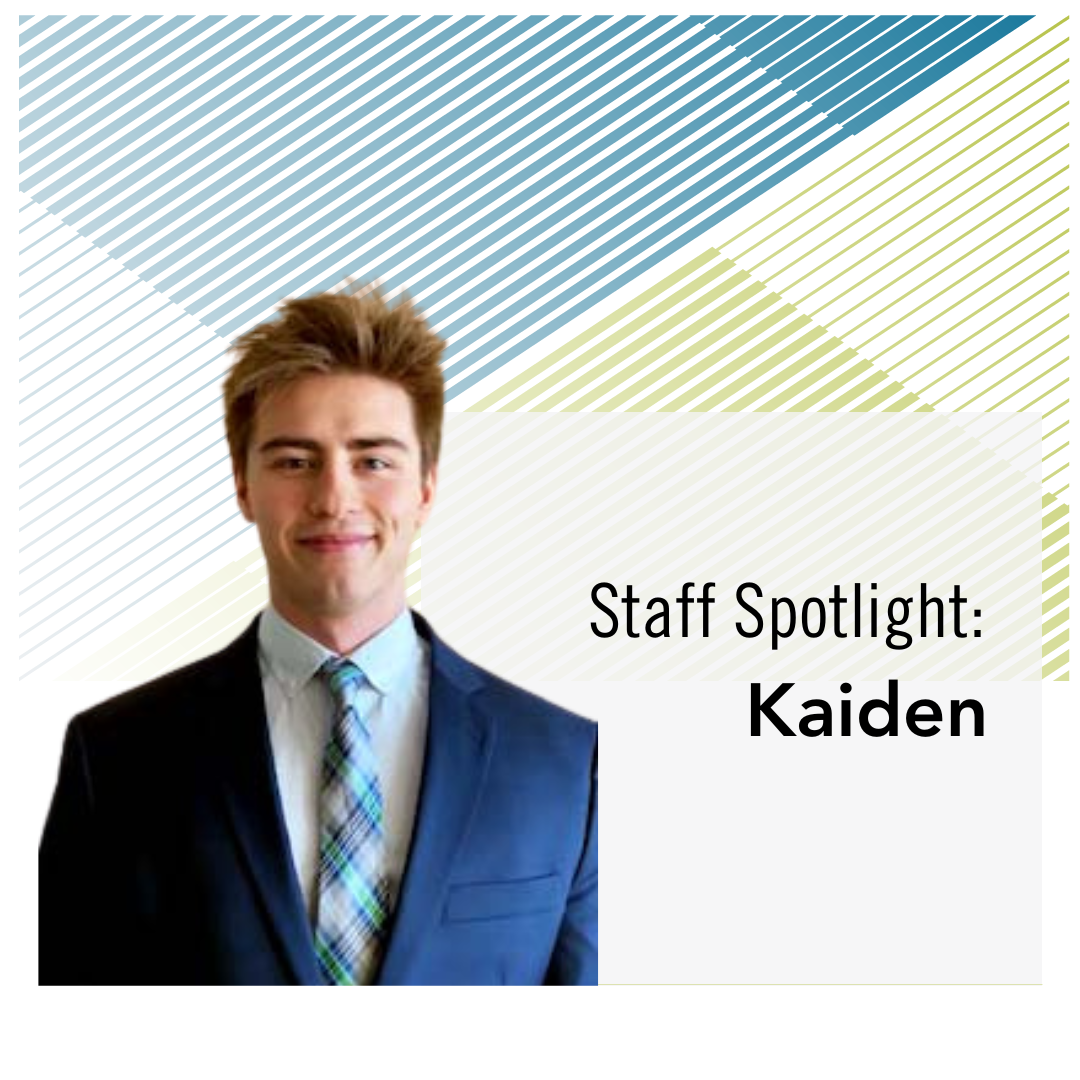 Kaiden is a Midnight Crisis Line Worker, also known as a MCLW. MCLWs are staff at Distress Centre who work overnight shifts, responding to local crisis calls, texts and chats, as well as responding to Talk Suicide contacts.

Distress Centre relies heavily on the generous support of volunteers donating their time to responding to crisis contacts, to keep our costs down and our services free. But understandably, most volunteers are not available to take shifts in the middle of the night. Instead, paid staff – MCLWs – work these shifts so that a person in crisis can reach an empathetic responder 24 hours a day.

Kaiden joined Distress Centre as a crisis line volunteer in spring of 2021.

“I’ve had some personal experiences with mental health difficulties and I have some friends who have really struggled in the past,” Kaiden said. He felt that supporting others through hard moments was a good way to contribute to the community.

Kaiden recently finished a Bachelor’s in Health sciences at the University of Calgary. As a student, his research focused on mental health and transcranial magnetic stimulation, a common treatment for depression.

“I really enjoy being able to answer the lines. I feel like I’m able to give back in a way that I can’t in my research,” Kaiden said. “We really can’t see that many patients and there are exclusion criteria that prevents so many people from joining the study. This is a way for me to give back to some of those people who don’t have access to that type of treatment.”

As an MCLW, Kaiden says he’s enjoyed that he’s been able to do more crisis work than he could as a volunteer. He says that in his experience, overnight calls tend to be longer.

“During the day some people that call in are busy and they just need a reprieve from the day and want to talk to someone about whatever is going on. At night it tends to be more lengthy conversations about life, and I notice that some of the conversations can get philosophical and pretty deep.”

“During the day some people that call in are busy and they just need a reprieve from the day and want to talk to someone about whatever is going on. At night it tends to be more lengthy conversations about life, and I notice that some of the conversations can get philosophical and pretty deep.”

Kaiden said that overnight calls can be more challenging, but added that “at the end of the day, it feels like I’m supporting the community.”

Kaiden has worked both in-person and remotely and sees the benefit to both. As a volunteer, he appreciated the in-person support of the Contact Centre Coordinators, the staff who oversee and support the volunteers on-shift. As an MCLW working during the pandemic, Kaiden said the remote shifts were easier for him to manage as a student, as he didn’t have to spend time commuting.

Distress Centre brought MCLWs back on-site in May 2022. Kaiden said that he’s enjoying being back in person.

“It’s great having the team there with you after difficult calls to debrief with them,” he said.

Self-care: ‘I go to the gym every single day’

For his self-care routine, Kaiden said the biggest thing for him is going to the gym.

“I go to the gym every single day,” Kaiden said. “It helps me channel a lot of that negative energy you can sometimes pick up when people are pouring their emotions out onto you.”

Kaiden also leans on his support network when he needs to, such as after a tough shift. Like anyone else at Distress Centre, he’s figured out a way to relay his experiences to friends without sharing any details about the caller.

When Kaiden isn’t at Distress Centre, in the lab or at the gym, you’ll probably find him volunteering. He volunteers for the Association for the Rehabilitation of the Brain Injured and St. John Ambulance.

Thank you Kaiden, for fitting DC into your busy schedule! We’re grateful to have you as a Midnight Crisis Line Worker.

Want to get involved with Distress Centre? Learn how.