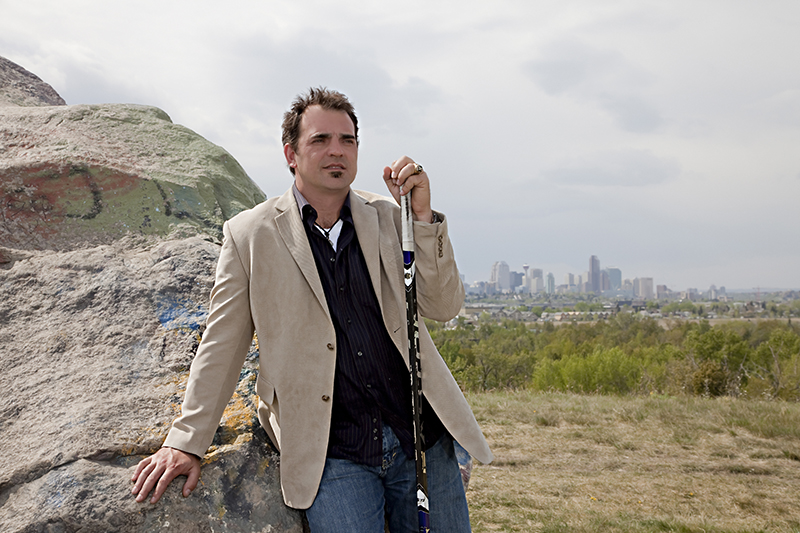 Keynote speaker shares his struggles and his triumphs

Bob Wilkie, a native Calgarian, fell in love with playing hockey as soon as his dad introduced him to the game as a child. He grew up near outdoor rinks and was able to practice frequently. Soon he began to dream of playing for the NHL.

In 1987, at age 18, he realized that dream when he was drafted to the Detroit Red Wings. He would go on to spend a decade playing professional hockey all over the world, but under the surface, he was in a very dark place.

Bob was a member of the Swift Current Broncos and was on the bus in December 1986 when it crashed after hitting a patch of black ice, killing four players. “Watching one of my teammates die in front of me was traumatic and had a bigger effect than I knew how to deal with,” Bob said. “And because I was a young hockey player that had to be strong and confident, I got really good at hiding the issues that I was starting to have inside.”

Bob began to self-medicate with alcohol to numb the mental pain he was experiencing. Once that stopped being as effective, he began using drugs.

“Everyone around me kept telling me I was blowing the opportunity [to play in the NHL] but I didn’t have the courage or the knowledge to say what we really bothering me,” Bob said. Plagued by depression, he left the NHL and played professional hockey for another ten years.

After retiring he continued battling depression for a year and a half. He struggled finding a career, but his mom, Judy Wilkie, an entrepreneur, thought that business would be a good path for him and so he started several businesses. It was only through coaching that he discovered his true passion.

“I was coaching kids at the time and I saw that they were struggling with the same things that I was struggling with as a young man,” Bob said. “I became a life coach so that I could teach my life lessons to these kids so that they would be more educated than I was on the challenges that life was going to throw at them.”

Bob found this work to be very healing: “Here are these young kids that aren’t going to have to go through as many things as I did. I started finding little pieces of me that had been torn apart on my journey.”

Bob founded the company I Got Mind in 2008 and started providing mental health, personal growth and improvement education to adolescents, athletes and adults. I Got Mind strives to provide clients with the insight, resources and tools necessary to develop a prosperous mindset.

“Being able to help people understand why they feel the way they do, what they can do about it, relate to the pain that they’re feeling and let them know that it’s natural and it’s just about learning some new skills to overcome those things – it’s more passionate for me than the game of hockey was,” Bob said.

Bob is delivering the keynote address at our 9th Lend An Ear Event on September 24th, 2019. When Bob told his mom that he was speaking at Distress Centre’s annual fundraiser, she shared with him that she had called our crisis line nearly 30 years ago, at a time when Bob was going through his own challenges.

She said that the stress of being a young mom, wife and business owner, coupled with some unresolved issues from her past, led her to a breaking point in which she was scared for her own life. A friend told her to call Distress Centre and she says that call saved her life.

Bob said attendees can expect to walk out of Lend An Ear feeling “a whole lot better” than when they first arrived. His message is emotional and one that most can relate to, whether from their own experience or from witnessing the struggles of a friend of family member. Ultimately, it’s a positive message of hope.

Bob said that Distress Centre is an invaluable resource, but one that takes a great deal of funding and effort to operate. Therefore, support from the community is crucial.

“That’s a staggering number,” Bob said. “I know how busy we all are but this is a very important event to be a part of. We appreciate your time and support. It’s absolutely critical.”

Join us on September 24th for an enjoyable evening of entertainment, networking, food, refreshments and bidding on our silent auction.  All in support of Distress Centre’s 24/7 crisis services. Tickets are 84% SOLD OUT!