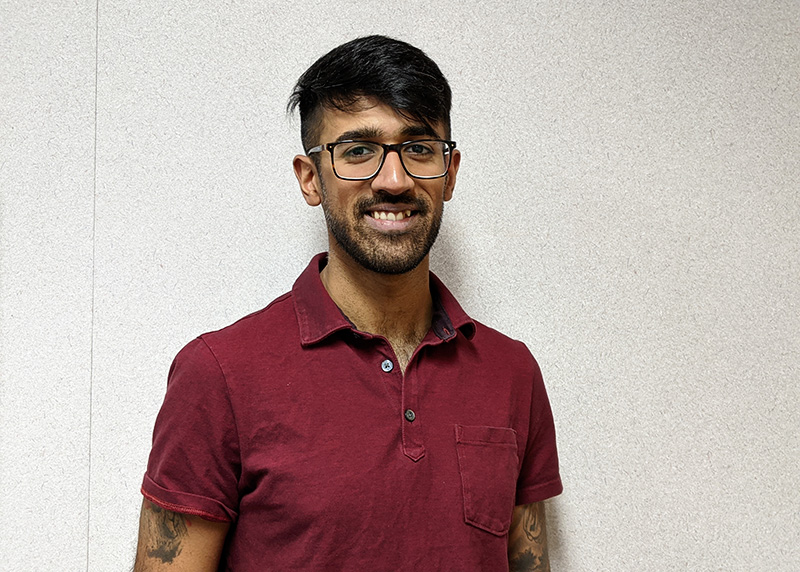 Some people know from early in their lives what they have passion for. The vast majority however, discover which areas interest them through experience and exploration. For Romit Panesar, a crisis line and leadership volunteer at Distress Centre, an unexpected introduction to mental illness is what drove him to find his passion in life.

Romit spent his early adulthood studying engineering and then working as an engineer. But in 2016, he began to experience intense bouts of anxiety.

“I developed some really awful anxiety and it was brand new and I didn’t understand where it was coming from. It would not go away but it never quite hit the same level as a panic attack where it would feel like I’m dying,” says Romit.

As time went on, he learned to better manage his anxiety, but it was a big life adjustment as he came to understand that experiencing a mental illness is something that can just happen to anyone.

Part of the solution

In 2018, Romit decided to take a leave of absence from his job as an engineer because he felt that through that work he wasn’t contributing enough to society and the larger problems in the world.

“This goes back to my experience with my own struggles,” Romit says. “I realized that I wanted to be a part of the solution.”

''I realized that I wanted to be a part of the solution.''

He took two months off to figure out what he wanted to do next. Friends and colleagues had often commented on what a good listener he is so he decided to apply to volunteer on Distress Centre’s crisis lines.

Romit began volunteering at Distress Centre in February 2019. During his time here, he’s learned how be supportive when someone is experiencing intense emotions. He remembers one caller who had called to seek help for her friend who was resolute on staying in an abusive relationship.

“She was very angry and was taking it out on everybody. If it were earlier in my life, I would have shut her down,” Romit says. “I realized that instead of doing that, I need to find a way to get her to refocus on other things and then just let her talk about how hard this is for her.”

He says he realized that often when someone is frustrated, it’s because they feel like they haven’t been listened to or they’re in a situation that doesn’t have a clear resolution. Romit listened to the caller and made space for her to voice her frustrations and form a plan for moving forward. At the end of the call she thanked him for his support.

A career in helping

Romit went on to become a leadership volunteer at Distress Centre – an experienced volunteer who helps to train and mentor new volunteers – and eventually decided to leave his job in engineering to pursue a career in social work and human services.

All of us at Distress Centre are happy that his volunteer experience led him to discovering what he is truly passionate about. We’re grateful to have him on our lines supporting Calgarians in distress.