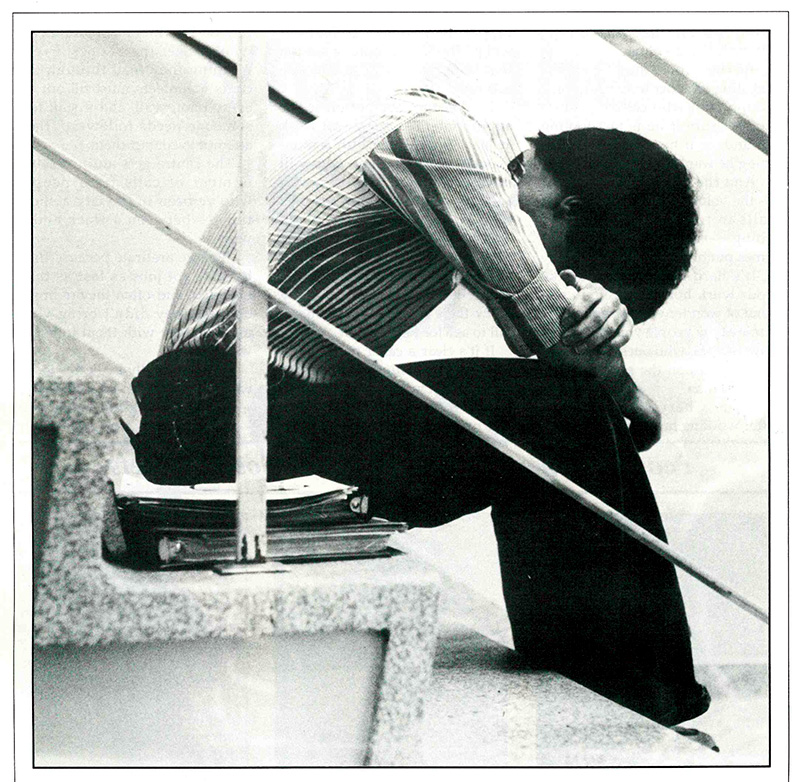 Counselling continued to be a key aspect of the Distress Centre/Drug Centre services. At the 10th anniversary reception, Jeanette noted that there were 1000 counselling and referral calls coming in a month, along with 65 drop-ins. On-site counselling had increased 32% over 1979. The Centre was still the only agency that offered free, confidential, immediate counselling.

Suzanne Rosebrugh talks about being hired as a counsellor:

“In my social work cohort group, someone was at the DC. I thought, wow, what an amazing organization, and the things this person was doing and learning… I was really intrigued. At Calgary Family Services (CFS), where I was, the person who was second in charge was Hilde Houlding. She had been on their board and was very close friends with Jeanette. The DC was held in very high regard by CFS. It was used a lot for their clients, to have support after hours, or if they couldn’t get someone in soon enough. When I graduated things were pretty tough in terms of jobs. There was an advertisement for a crisis counsellor at the DC that fall, and I saw it and applied.”

The 1980 newsletter noted that referrals to counselling by volunteers was not appropriate if the person “is getting treatment on a regular basis somewhere else, if the person flits from one helping agency to another, or the person is stoned or drunk. Be conversant with the People Book so appointments are not made for regular callers.” 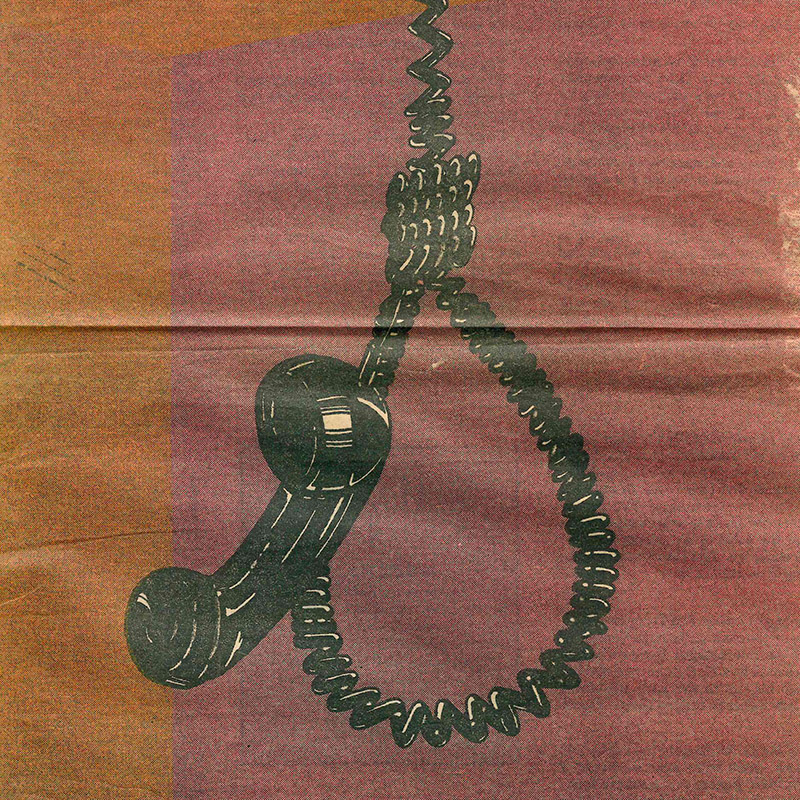 Public education continued to be part of the counsellor’s job. A women’s sorority group, Optimist Club, suicide workshops at SAIT and for police recruit classes, high school teacher drug sessions and short presentations on street drugs the first Thursday of each month for parents/spouses were all offered. One Board member and one counsellor were in charge of organizing.

In 1985, a one-hour presentation cost the Centre $28.27, not counting prep or other time. Following an agency review in 1987, a new policy required that private (profit) organizations and any out-of-town requests required a $25/staff/hour fee.

“I loved public ed. The volunteers were involved from time-to time, but most of them were in school or working. It was definitely a piece of what I did and what my colleagues did. It was lots of fun to go out to junior highs and high schools. We did basic communication training, and we did street drug education, those were the primary two.”

Volunteer training and supervision was another significant part of the counsellors’ job. The 1983 CanWest review concluded that:

“[…] the City of Calgary is receiving good value for its expenditure. The field of crisis counselling requires more than a warm heart on the part of prospective volunteers and we see the growing training and supervision of volunteers as a necessary part of its constitution if an agency of this type is to achieve its objectives. Counselling referrals are perceived as effective and accurate by those to whom the agency refers clients, and current clients express high levels of satisfaction with the service. The impact is considerably enhanced through the interplay and interaction of crisis line volunteers and full-time professional counselling staff.”

''The field of crisis counselling requires more than a warm heart on the part of prospective volunteers and we see the growing training and supervision of volunteers as a necessary part of its constitution if an agency of this type is to achieve its objectives.'' - 1983 CanWest Review

Counselling client no-shows were a continuing problem. Volunteers were reminded in a newsletter to ask the caller how they felt about coming in and to determine if there was a desire for change. If not, there was no point booking. It was noted that: 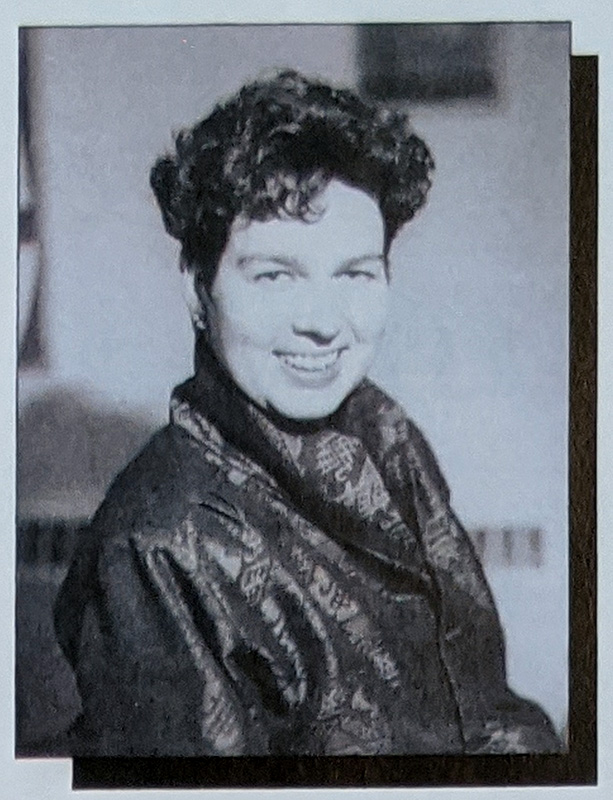 “Chances are, a client who refuses to give this information (phone number) is not bargaining in good faith in making the appointment. Another possibility is that they are hiding from the law and it may be inappropriate if they do come. If their expectation of counselling is that their partner will be whipped into shape, that is unrealistic. These issues are best addressed before a referral is made.”

By 1985, Fred Burns, the clinical supervisor, stated it had become obvious that the booking of counselling appointments by volunteers was not working and “intake responsibility had to be coordinated and centralized for better efficiency.” A central log of intakes was established in May 1985.

“The intake person became the one reading the cards and doing all of that. We each had a group of about 15 volunteers that we were responsible for. It was a bone of contention over time for some people in the counselling role, because they wanted to do counselling, not this.”

By 1987, face-to-face interviews totalled 2845 hours of counselling time. As well, counsellors made 422 phone-only contacts, and provided 1056 hours of training and supervision. Wait time for an appointment averaged 3-7 days. Relationships were the most frequently reported problem client concern. 10 counsellors had a Bachelor degree, one had a Masters and one a Diploma. Fred Burns reported a need to improve the quality of both the initial orientation and staff development of counsellors, and to increase clinical supervision. Pay for social workers was an ongoing issue, with a 1988 internal review reporting that 65% of counsellors left for better paying jobs in 85 and 87.

For the first time, in 1989 Chairman Ernie Hagel reported that the agency was not able to provide immediate counselling due to growth. With a wait time of 2-3 weeks, Jeanette noted that:

''…often a booked client will end up as a no show, as they have lost the courage to come in. Time taken for the daily monitoring and supervision of the call cards, along with the additional intake/assessment of the counselling requests, has doubled.''

At the end of decade, Fred noted there were only five full-time counsellors and a clinical supervisor, with supplemental case loads carried by the Volunteer Coordinator and Teen Line staff.

As many agencies now have a waiting time of several months, more and more clients are being given our number to call to be seen while they are on other waiting lists. Consequently, our waiting times have also increased, varying over the past year from a few days up to two to three weeks, although clients are still called back to give an appointment time the day following their initial call. We also still manage to see people who drop in when the are in an immediate crisis.

“It was essentially the same team of counsellors for face-to-face, but with kind of an acknowledgement that there were a couple of us, by virtue of working directly with the Teen Line program, that we would be expected to see most of the kids and families that would get referred.”

Gross income reporting showed that counselling clients were still primarily the poor and working poor. Only 12 % of clients had drug issues as their main concern. Although fee for service had been addressed periodically, overwhelming evidence showed a negative response to this solution. Jennifer Raymond remembers:

If they needed counselling, we offered for them to come in for a 6 week, once a week session. At the time the maximum would have been a wait of 3 or four weeks. Also, there was a way that urgent and in-crisis could come in right away. I passed on the names and the counsellors booked their own time.

Just as in 1979, it was not easy work. Suzanne Rosebrugh recalls:

''I remember the man that tried to jump out the window to kill himself by leaping across my office and jumping up at the window. The professional who was on shift had to go home they were so upset, they were with a different organization, they were in our phone room renting space. The volunteers stayed, and kept answering those phone calls.''

It did, indeed, take more than a warm heart.