GIVE NOW
Distress Centre Calgary / 50 Stories  / 50 Stories Part 25: Money and Leadership – Board direction in the ’90s 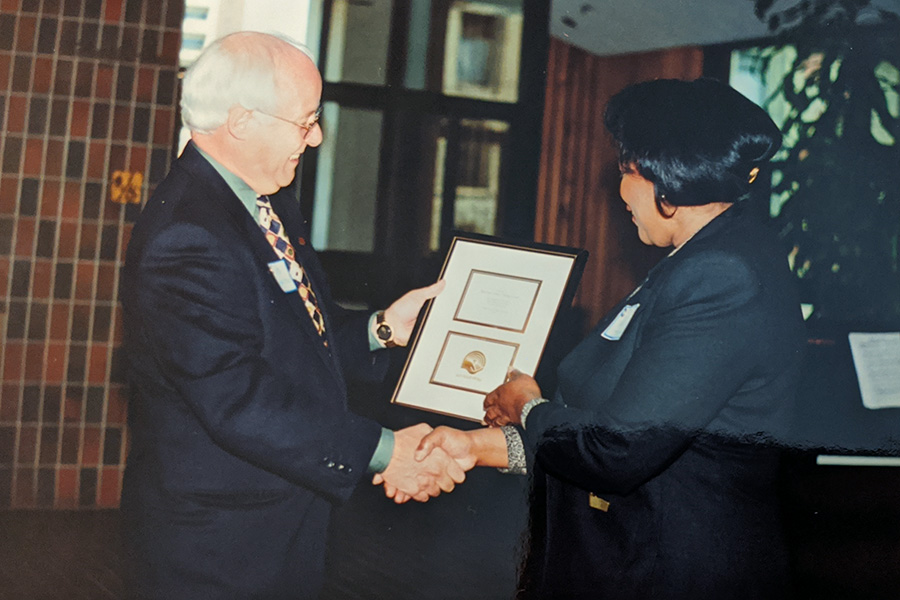 50 Stories Part 25: Money and Leadership – Board direction in the ’90s

Funding was an ongoing issue for the Board in the 90s. Priorities stated by FCSS and the United Way inevitably impacted the agency’s future directions. Supporting agencies that were accessible by minority populations, meeting needs around an increased violence trend, and assessing if barriers existed to youth programs were funder directives.

“Social agencies that get money from the city have six months to pare costs and boost efficiency or face the funding axe…78 groups fought for 11.9 million in Family and Community Social Services funding, and they now are being told all programs are under review.”

Dr. Barry Bultz, former board member speaks to the role of the Board in the mid-90s: 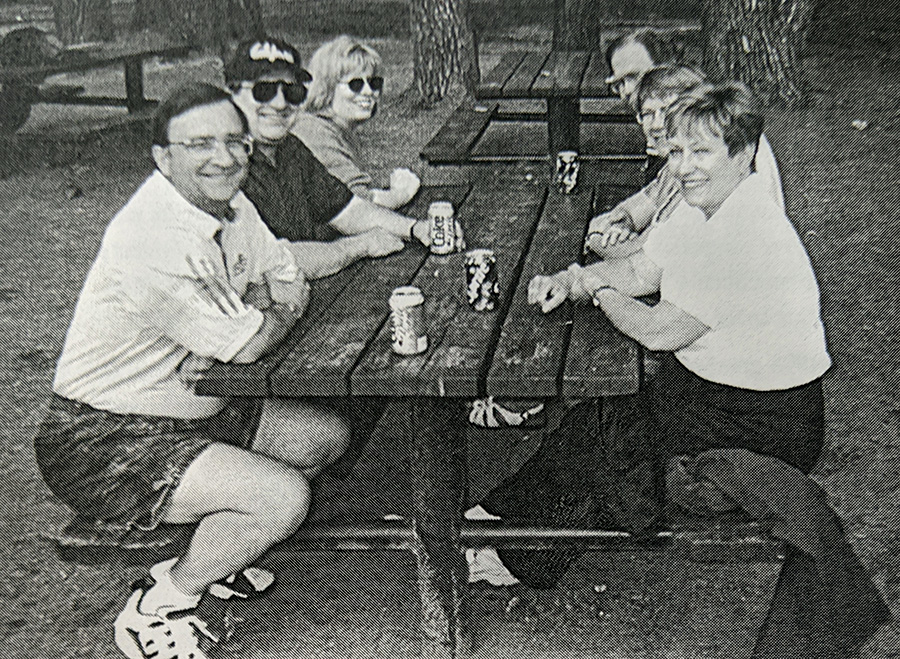 Board Members at the annual Distress Centre picnic in 1997.

“There were lots of experienced folks on the board, involved in industry and business. I think I was the only psychologist. You needed people with motivation, inspiration and passion on a board, not someone who is resume building. Psychologists recognized there was a need, a gap in services, and we wanted to support people who had their hearts in the right place to grow Distress Centre and develop it. Many are still around in related fields. The Centre was doing face-to -face counselling with a focus on suicide, depression, and support; allowing people to unburden themselves and feel connected. The Board had a focus on professionalizing the group, and maintaining connection with the City, FCSS, and United Way regarding funding. It was a first-rate group that wanted the best for Calgary.”

''Our safety net for the people who need it is quickly being quietly and thoroughly dismantled…there is less money to deliver more service, so the community is expected to cover it. I guess I am saying I no longer have the energy to fight the present chaos…for the good of the Centre, it is time for new blood to carry on our cause.''

Incoming Board Chair Goldy Hyder speaks to the important job of hiring a new Executive Director:

“The greatest responsibility I had as Chair was when I had to go through succession planning and succession transitioning. We had to make sure we had the best leader, and that he or she was given the capacity to pick their own team. We let the CEO run the place, our job was to provide the oversight and provide that challenge function that any good board should do. I was part of the group that brought in Barb Litchinsky (then Barb Blumes).” 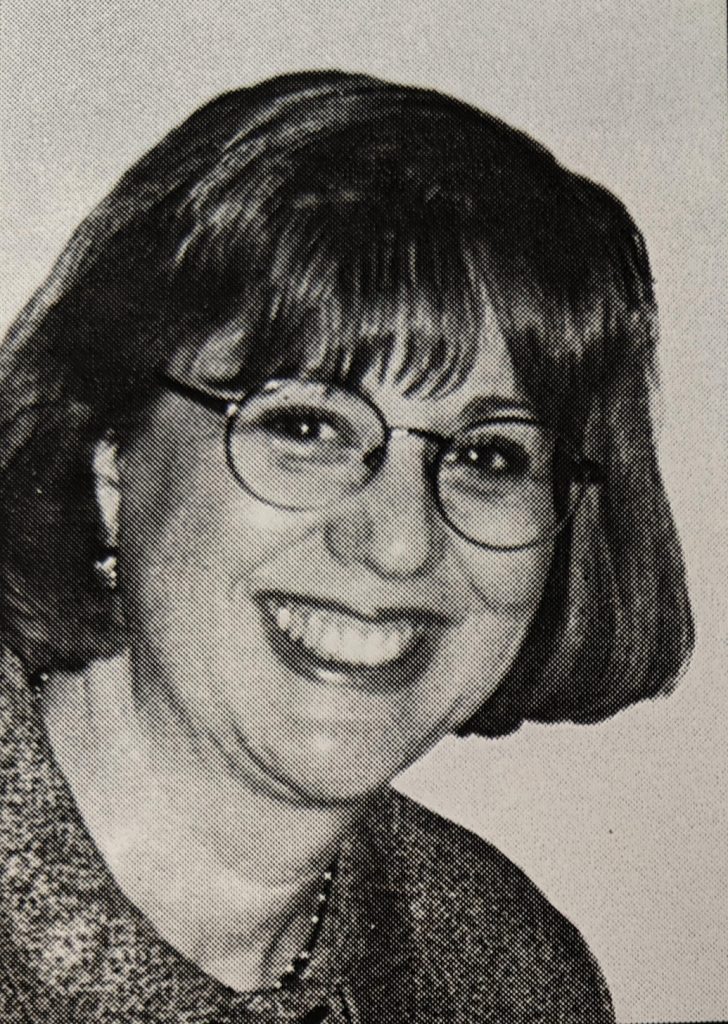 Barb Litchinsky, from a newsletter in 1996.

Barb became the new ED in the summer of 1996, and her story is forthcoming. Here, she recalls receiving specific direction from the Board:

“The expectation was to have decreased reliance on FCSS funding. The board said they had been disappointed in the previous fundraising events because they didn’t raise enough money. They also wanted to see increased effectiveness and efficiency in the social services delivery system as a whole, with us taking a leadership role.

“AADAC was a major funder. They were mostly funding agencies that delivered exclusively addiction services, either residential or drop-in. They wanted us to leave AADAC funding, and said I needed to know that was on the horizon.”

Goldy Hyder speaks to the overall role of the Board in the ’90s:

“What was important for me was that as an immigrant and a visible minority, I know these issues don’t have a border, race or colour. They transcend all populations. At that time, it was great to see that there were three board members clearly from different minority communities among the 11 people. 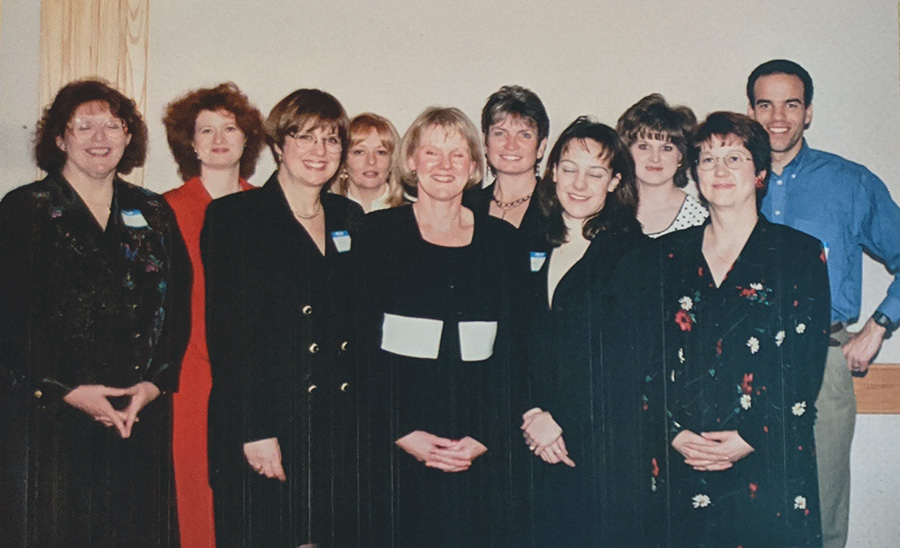 “We were a board somewhere between hands-on and governance. We had people with very senior standing in their practices and professions. I think they understood that a non-profit board is different than a private sector board. At the same time, the fiduciary duty of the board is what it is. You are accountable to your funding partners, and donors and others.

“It was an opportunity to learn from people who had empathy. It was gut wrenching if we had to de-fund a program. If you try to do it all, you are going to do a really poor job, because you don’t have the resources. You have to make that tough call, put your stake in the ground.

''It was gut wrenching if we had to de-fund a program. If you try to do it all, you are going to do a really poor job, because you don’t have the resources. You have to make that tough call, put your stake in the ground.'' - Goldy Hyder

“We wanted to be the crisis centre, and we wanted to be the place where people realized that they could partner with us. To make sure we had credibility, to be seen as a non-profit, non-partisan, do-good agency serving those who are facing challenges in their life. People whose lives we saved, to me that was the most rewarding piece of it all. I found that my time there was a true feeling of giving and receiving.”

At the end of the decade, the Board approved a new mission that reflected the evolving goals of the agency over 30 years: To provide crisis intervention, counselling and public education for all members of the community.