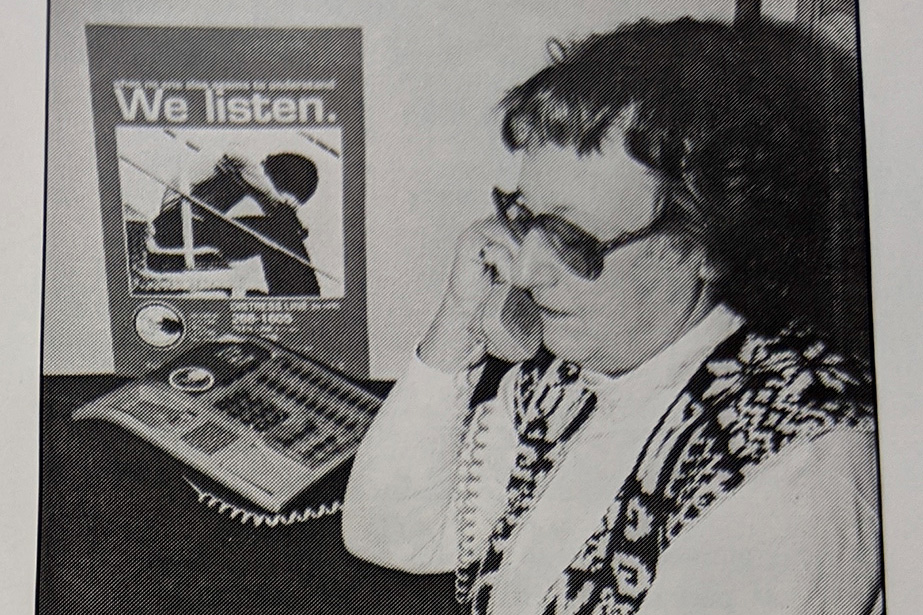 Image: From a summer newsletter in 1996.

Meeting the specific needs of seniors for crisis intervention became the subject of discussion among senior-serving agencies and the City of Calgary starting in 1993. Distress Centre Board Chair Murray Young began looking for funding for a dedicated seniors’ line. In cooperation with the Kerby Centre, and jointly funded by Calgary Foundation, the Mayor’s Task Force on Domestic Violence and City of Calgary Match Solutions, money to research the needs of seniors and potential of a new line were received. 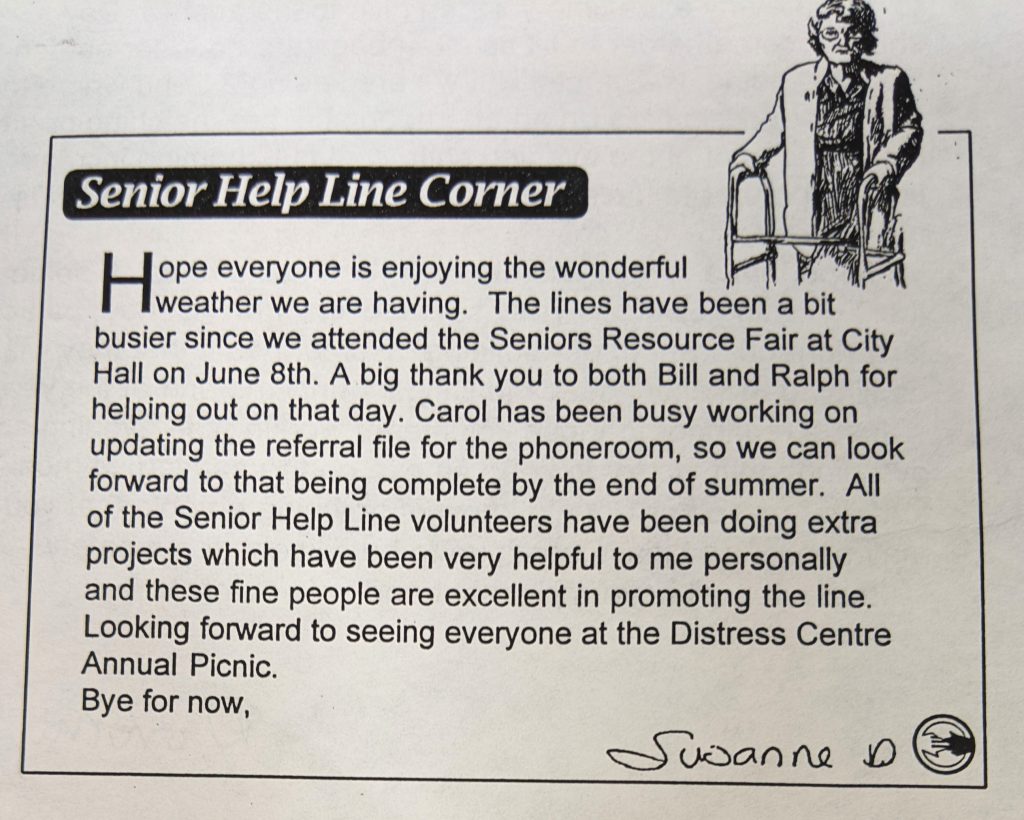 As a result, a newly developed SeniorConnect Line opened in November 1994. It was answered by volunteers ages 60 and over providing peer-peer support, assisted by a supervisor. Follow-up counselling was available from a part-time social worker housed at the Kerby Centre.

Initially, the line answered about 3-4 calls a day, moving to 200 in total by year-end 1994. 3000 bookmarks advertising the service were delivered to seniors’ apartment buildings, with a special effort made to reach those who were otherwise isolated.

Like all lines, it was answered 24 hours a day. By 1996, the number of calls were on the rise, including 357 seeking information, and 276 from people just needing to talk, or both. 560 referrals were made for in-house counselling or to other agencies. Most calls were from women, received during the day shift. Not unlike the other lines, emotional health and parent/child relationships were high on the list of caller stressors. 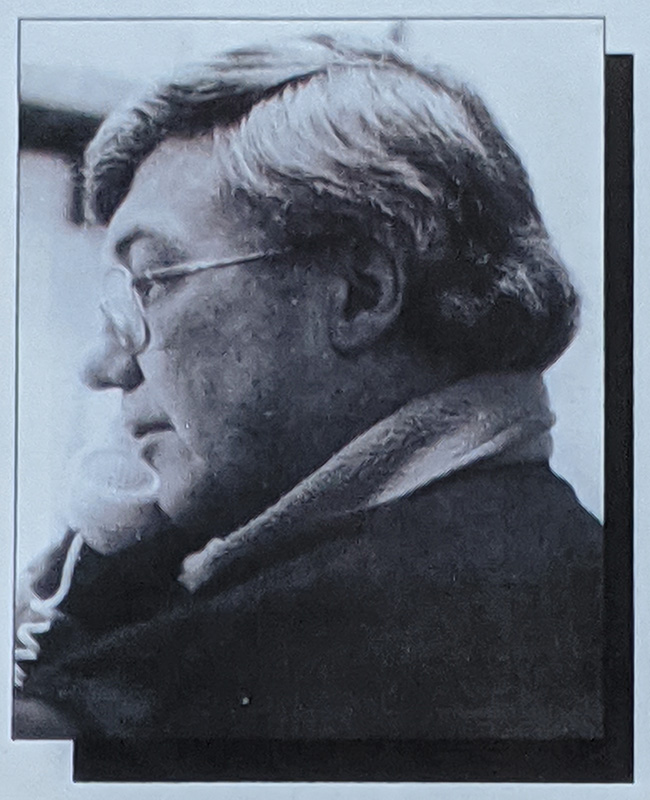 A volunteer on the phone. From the 20th Anniversary publication.

Joan Roy reflects on the origins of the SeniorConnect Line

“We received some funding with some other agencies that provided services for seniors and we started the SeniorConnect Line. If you were concerned about a senior you could phone that line, and we had an outreach worker attached to it. She would go out and assess the situation. In the original program, the outreach worker worked out of the Kerby Centre and could go out and see them in their homes.

“We lost funding, and decided to keep the line itself, but not the outreach services. We would use the existing services without additional funding for the line. There was never a lot of volume so it wasn’t a huge burden on us at that point.”

“A few years later, the senior-serving community looked at other programs across North America. There were a number of different programs where they went out into the community and trained people who would commonly run into seniors. Mailmen, meter readers, tellers at the bank, those kinds of folk. We received some funding for this and trained such people on what to look for when a senior might be in trouble. Then they used the SeniorConnect Line for reporting concerns. A determination was made, is this an emergent situation, or this is something we can pass on to one of the senior-serving agencies to go out and see what is going on for the senior? Regular crisis volunteers were answering the line.

''There were a number of different programs where they went out into the community and trained people who would commonly run into seniors. Mailmen, meter readers, tellers at the bank, those kinds of folk. We received some funding for this and trained such people on what to look for when a senior might be in trouble. Then they used the SeniorConnect Line for reporting concerns.'' - Joan Roy

“With the initial program, it was specifically seniors answering the line, but it was very hard to recruit seniors to answer overnight calls and that kind of thing. We just rolled it into our regular service by providing additional training to our volunteers. 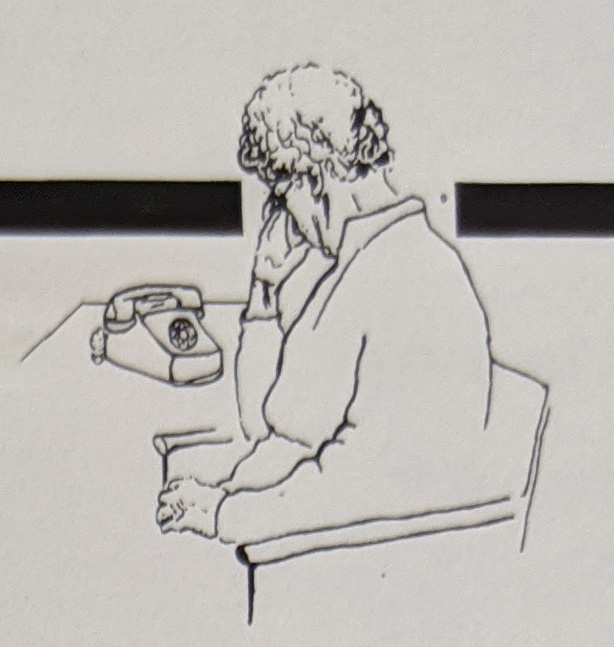 “Just before I left (2017) I had been working with the Calgary Seniors Resource Society for a number of years trying to secure some funding. Finally, we were able to establish a program where we would become an intake line for seniors needing services, caretakers needing services, that kind of thing, with funding attached. We signed the agreement just before I left with Jewish Family Services, Calgary Family Services and others. They came up with the proposals and got the funding for the DC being an intake line.”

Those current seniors’ services will be part of a later story reflecting the last 5 years of Distress Centre services. Discussing these long-term mutual supports and agreements, Lisa Stebbins with carya, a senior-serving agency, says:

“carya in general has had a fairly close relationship with Distress Centre for many years. We provide counselling services in the city and provide system navigation support to seniors. We have interacted with DC in different ways, making referrals to each other, working together on committees and projects, coordinating a hand-off of the short terms services that Distress Centre provides to longer term supports that we can provide.”

Seniors have been the recipients of Distress Centre services for more than 25 years, meeting the needs of community members who may have limited other people available to lend an ear.